Preview: Intuitive Compass at the Green Frog on October 15 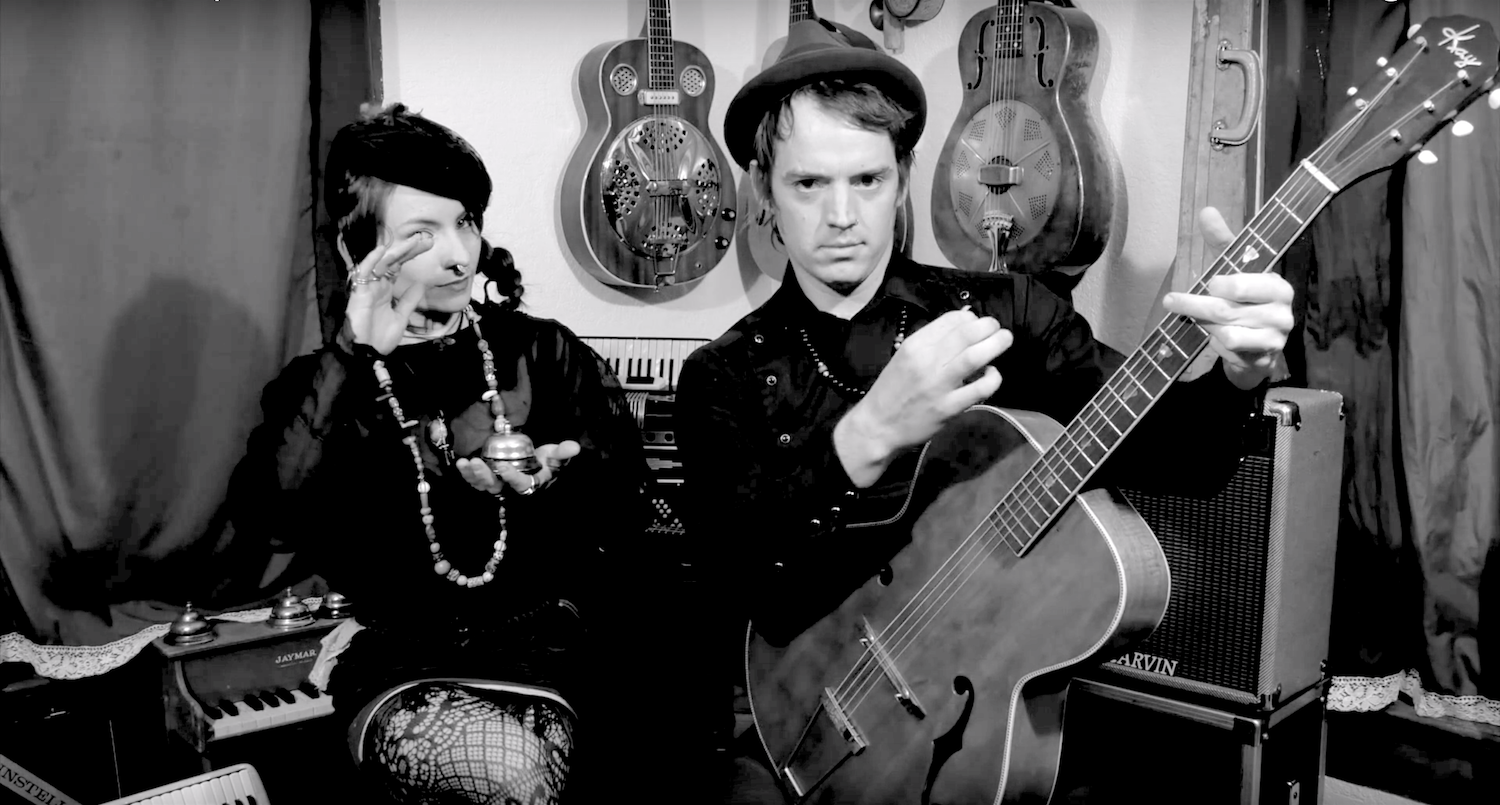 Originally a six piece, Intuitive Compass started out in January 2011 in Petaluma CA where they played “spontaneous shows and street corners,” according to Aurelia. Soon after, they relocated to Southern Oregon, releasing their debut, Abide, the following year at the Seattle Folklife Festival. Six members were paired down to two and Intuitive Compass began their life on the road that September with a tour from the Pacific Northwest to the Bay area. Early 2013, they released and hit the road in earnest. “(We) broaden our reach traveling and touring extensively from Ashland OR, to Tucson AZ, New Orleans LA, Chicago IL, Nashville TN, and Boulder CO (one of our homes on the road).” While living in Boulder County, they spent months in the front range at 9,300 feet, “playing at circle jams by night and busking Pearl St. in Boulder by day, spending our time with wild mountain folk who live free with no compromises (street performers, blacksmiths, small business owners, cowboys and other troubadours).” When the year was over, they’d toured for nine months, playing approximately 100 shows on street corners, small venues, dive bars and cafés. Over the next two years, Intuitive Compass continued their life on the road, including a summer tour with Hot Damn Scandal in 2015 which saw them head to Arizona, over to Colorado and back.

Time on the road and their bohemian lifestyle have helped Intuitive Compass hone their music and performances, creating more than just a music group, it’s a lifestyle. “Intuitive Compass is a way of life, almost akin to a religion,” stated Aurelia, “ If you’ve ever used yours, you understand this. Whether in your everyday going about your business, or if you take to the open highway, if you listen deep down and follow the calling, the small direction, the hints that come.”

According Aurelia, history is a big inspiration for the duo. They’re “extremely influenced by turn of the century music, theater and dance, all relics from the past are sources of inspiration. The fur trade era in the late 1800’s for example, when the only inhabitants of the Western portion of this continent were trappers, traders, natives and the occasional fluke,” adding, “Times were honest, straight forward and simple, you either lived with the land in some kind of harmony or compromise, or you ceased to live. The traveling minstrel medicine shows that arose later with the combination of alluring acts, secret recipes guaranteed to cure everything from disease to hair loss and the music which told the stories and tied it all together. These are all threads in the tapestry, we would like to count ourselves among the living troubadours of today, it is important to pick the ball up and continue on, to address the stories, grievances and changes of our times.”

Catch Intuitive Compass at the Green Frog on October 15 with Hot Damn Scandal.