Dirtbag: The legend of Fred Beckey 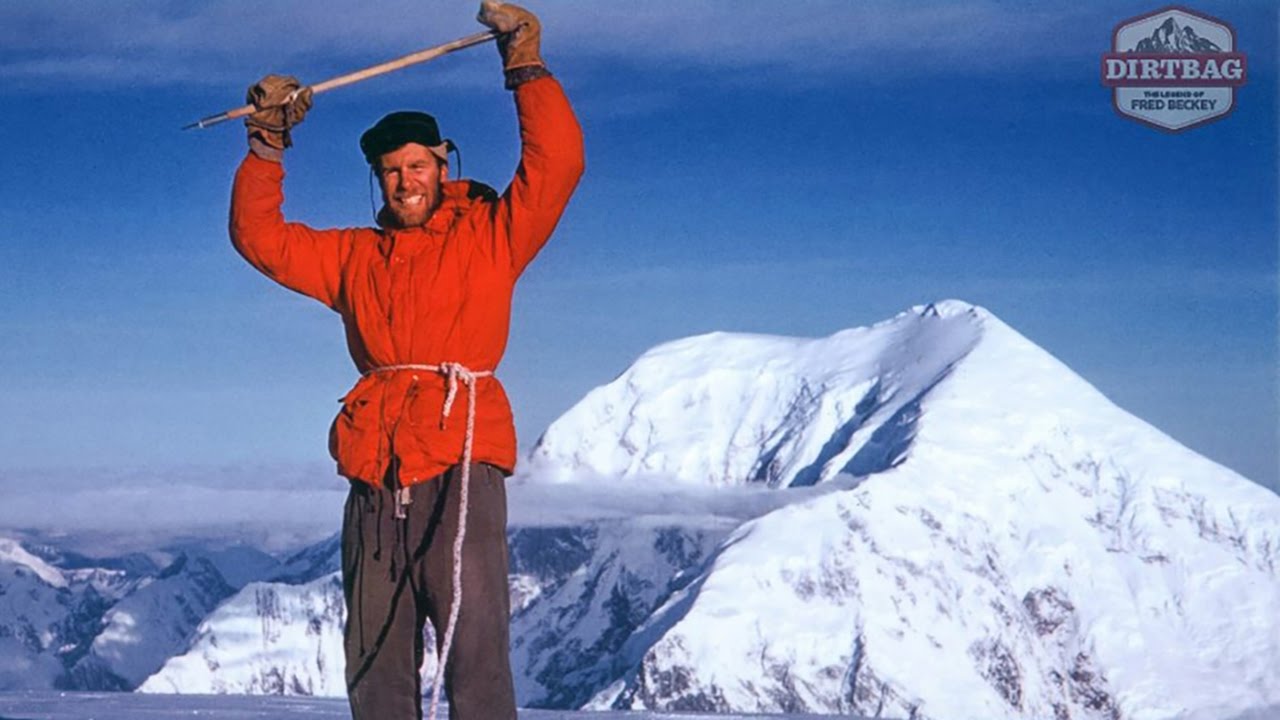 One comfort of living in Bellingham is knowing when the clouds clear, the Cascades will be there. Although only a short drive away, they can easily be taken for granted.

Fred Beckey is one Washingtonian who has made the most of these mountains, climbing them since the 1930s. He’s lived in Seattle since 1924, and at 94-years-old, still uses the range as his playground.

Between 2006 and 2016, filmmaker Dave O’Leske followed Beckey on climbing trips throughout the United States, Canada and China, for the new documentary, “Dirtbag: The Legend of Fred Beckey.”

One part of Beckey’s legacy is the number of successful first ascents he’s accomplished, which may outnumber any other climber. A first ascent occurs when a climber is the first documented person to reach a mountain’s summit. Since O’Leske began climbing nearly 30 years ago, he’s known of Fred’s mythical stature in the climbing world, and as a filmmaker, he’s drawn to people who are pioneers in their field.

“I was always kind of mystified by the fact that there are so many interesting people out there, and they end up living their lives and passing away, and don’t ever really get any sort of due recognition,” O’Leske said. “So I just tunnel-visioned in on Fred.”

After getting a hold of Beckey’s address, O’Leske sent him a handwritten letter from Telluride, Colorado, pitching the film, but didn’t expected to hear back. To his surprise, Beckey responded and the pair met for coffee, but Beckey was apprehensive at first.

For the next year, O’Leske began climbing with Beckey and gaining his trust, never mentioning the film or bringing out his camera. Finally, Beckey gave his approval and filming began when he was 83-years-old. Although, not without some surprises.

While footage was collected for a decade, the documentary depicts Beckey’s entire career through photographs, journal entries and newspaper clippings he saved. O’Leske heard no mention of these archives for the first six years of shooting.

“One day he’s like, ‘Yeah, I’ve got a whole box of journals,’ you know, so it was just these revelations that were unbelievable, and that just kept happening over the course of time,” O’Leske said. “There’s still probably things out there I don’t even know exist.”

After accumulating all this material, O’Leske needed help putting the film together. He found this in a production team from Seattle, which included Adam Brown, who is the film’s co-producer, music editor and media director.

Brown attended Western Washington University between 2001 and 2006, where he majored in journalism and communications. His first paid writing job was for this very publication.

Brown established his production company, Lucid Visual Media, in 2009, and his first project was the documentary “Sonicsgate: Requiem for a Team.”

“That’s kind of the film me and our team are most well-known for,” Brown said. “It’s the story about how the Sonics got stolen from Seattle and moved to Oklahoma City.”

The partners made the film as fans, but it has gone on to win multiple awards and been played on ESPN. Each team member has their own production company, but come together on nearly every movie they take on.

Brown and the team learned about “Dirtbag,” and contacted O’Leske, who didn’t want the film to appeal exclusively to climbers. In the end, O’Leske found the team could honor his vision.

“It had to be true enough and authentic enough for the mountain climbers and the hardcore people who have been influenced by Fred,” Brown said. “It’s also a human story that transcends the mountain climbing world, you know, it’s about aging and it’s about adventure, and the sacrifice it takes to be truly elite at something.”

The film’s world premier was at the 2017 Telluride Mountainfilm Festival in Colorado, where Beckey watched it for the first time. After seeing the documentary hundreds of times through edits, both Brown and O’Leske opted to watch Beckey react to the screen.

Beckey seemed mesmerized by the picture, smiling throughout the 95 minutes. To O’Leske’s delight, he and Beckey are still on good terms.

While O’Leske hopes audience members feel inspired after watching Beckey live so passionately, he also hopes they questions their own lives.

“Dirtbag: The Legend of Fred Beckey” plays at the Pickford Film Center during Doctober on Saturday, Oct. 21, and Sunday, Oct. 22. Crewmembers are scheduled for a Q&A session after the Saturday screening. For more about the film, see dirtbagmovie.com. The Doctober schedule is available at www.pickfordfilmcenter.org.