DJ InEffect: Every song has a story 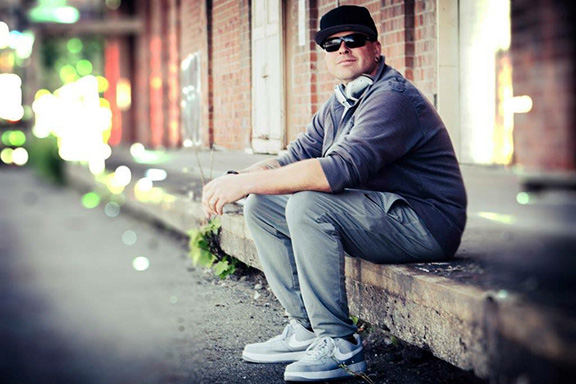 story and photo by KEENAN KETZNER

“My dream is to be able to inspire and touch as many people with my music,” is the motto of Todd Smeltzer, an enterprising musician in the Whatcom area whose profile has quickly been on the rise. You may even know Todd by the alias DJ InEffect, even though there’s more to him than that.

Todd’s story starts like many good stories. Born and raised in California, he received a stereo when he was nine years old, which opened up a whole new world for him.

“It had a record player and eight track and a recording tape deck with a microphone. I started making mix tapes from day one,” he said.  One could see this as the breeding ground for Todd’s enthusiasm when it comes to sharing music with others.

When he turned 16 he ended up moving to Oregon, and then after finishing high school, moved once more to Bellingham, where he resides now. Around that time, Todd was doing live sound for bands.

“The live music scene was epic then. Everybody was in a band. I started playing keyboard and running a rhythm production sampler for some bands. One night back in 2000 at a prefunk above the 3B on State St. I got to play around on some turntables. The DJ was showing me some tricks. He invited me to the booth at Rumors and let me spin a set later that night. Just so happened that an owner from Neverstop spotted me and gave me my first gig in Seattle at the Paramount! I kinda got thrown into it and rode it out for a couple years.”

Ever since then, Todd has been spinning records and sharing music with tons of people, his favorite part about the job. Realizing, though, that if wants to play at the big European festivals  he’s a fan of (specifically Tomorrowland), he would have to produce his own music.

Todd made the shift from physical turntables and drums machines to the digital realm, where he quickly learned Logic Pro, Ableton and FL Studio – all very popular digital audio workstations (or DAW as they say in the industry).

“…My crossover to digital wasn’t too bad. I’ve had my ups and downs. I just stick to the program and give myself two hours everyday. I have a routine I stick to,” he said.

This schedule includes daily practice, tasks to encourage exploration and new ideas, as well as general workflow rules that help make the production process more straightforward. Some of the rules, to name a few, are: keep a notepad going at all times, write out every idea for songs and music pieces, and work in set BPMS and key constantly.

Since the production endeavor, he’s gained some serious skills, signing on with GLB Records and turning a few heads with other producers who’ve showed him the ropes. In the mean time, while working towards headlining festivals with his heros like Tiesto and Laidback Luke, Todd takes care of his horse farm called Broken Auger Farm and also runs a drinking water business.

“I spend my days playing and taking care of horses. I also have to keep the property looking amazing! Which takes a lot of effort, and many hours of yard work! But the best part is winter, and I get time to work on my music everyday!”

As for other dreams of the future, Todd hopes to be able to help other local producers and artists get their music out there. Whether it’s by starting his own label or mentoring others and showing them how. Be sure to follow Todd’s journey on Facebook or Soundcloud, as he’s also going to be releasing new music every month.

“Every song has a story!” he said.