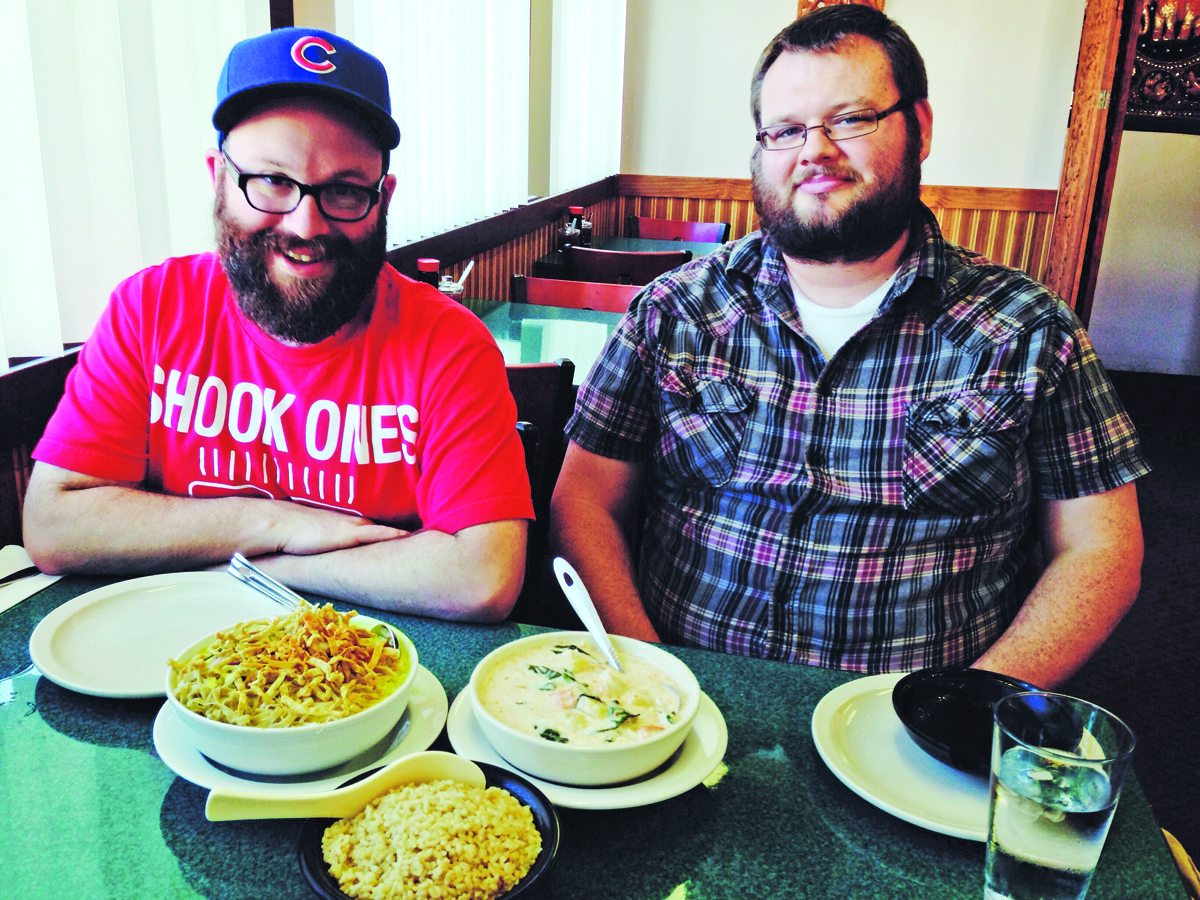 By Aaron Apple and Aaron Kayser

If you’ve lived in Bellingham for more than a few years, you’ve likely noticed the small, unassuming Thai restaurant on Dupont Street that seems to change names every year or two. When the food is at its best at this location, it’s likely because of the chef endearingly known as Sue the “Runaway Chef.” She has been at the helm of some of the best Thai restaurants in Whatcom and Skagit Counties, and Nok’s Thai Cuisine, which opened of April of this year, is her latest endeavor.

Upon entering Nok’s, you are greeted by two traditional wooden Wai statues. A few stools are available surrounding the counter to the right, with the small main dining area directly ahead. Intricately carved wooden lattice trims the walls, which are also decorated with a couple of portraits and a giant wooden sculpture. Though somewhat plain, the dining area was clean and comfortable.

The menu at Nok’s consists of the usual appetizers (chicken satay, spring rolls, coconut prawns, etc.), along with soups, salads, noodle dishes, entrees, fried rice, curries and seafood dishes. Apple decided to be adventurous and avoid the pad thai and swimming rama, so he went with the Kao Soi ($11.50), which is a bowl of yellow coconut curry with tofu, thin egg noodles, bean sprouts, pickled mustard greens, thai basil, red onions and topped with crispy egg noodles. He ordered two stars, and the dish was adequately spiced, but he added quite a bit of the house-made red chili oil found on the table that added some spice, as well as sweetness. The dish, served in a large bowl, was simply a different take on what you expect when you order yellow curry – instead of large chunks of vegetable, it was mostly noodles with small veggies. Apple wishes he had used a bib… every bite sent the yellow curry flying across his shirt and all over his shorts (and maybe Kayser as well). The serving size was generous, so he thoroughly enjoyed the leftovers for dinner the next night.

Kayser decided to go with a curry, and ordered the Musumun curry ($11.95) with chicken. The extremely thick curry contained coconut milk, which added a nice sweetness to the dish. Also in the curry were chunks of sweet potato and pineapple, along with peanuts and Thai basil. A bowl of brown rice was served on the side. Taking a bit of a risk, Kayser ordered the spice level at 4. However, there was hardly any heat in the dish (maybe the server took down his order wrong?) so he also added a lot of the house-made red chili oil available on the table to compensate. With this extra boost, the curry was delicious and well balanced, with a perfect blend of sweet and spice. Kayser decided that he’ll challenge himself and go for the level 5 next time.

Bellingham has more than its fair share of Thai restaurants (with another coming to the old Shrimp Shack location on Cornwall), and Nok’s stands out with its extremely flavorful take.

Published in the September 2014 issue of What’s Up! Magazine