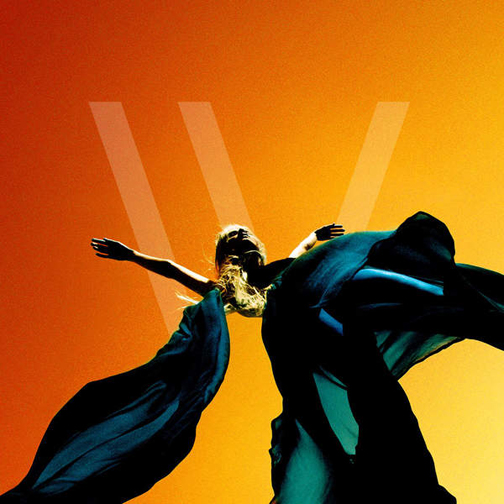 Wild Throne, easily the most literal application of the term “power trio,” serve up a destructive feast with their first full length LP, Harvest of Darkness. A frisson-inducing blast of Josh Holland’s guitar, Jeff Johnson’s bass and Noah Burns’ drums, capped with otherworldly vocal performances from Holland, Wild Throne has made a name both here and abroad touring with the likes of Red Fang and Mutoid Man. Originally performing under the somehow more devastating moniker Dog Shredder, they swapped out the name, got signed to Roadrunner and teamed up with Ross Robinson to craft the excellent Blood Maker EP. A bloody swath of pure heavy metal, progressive rock and math injected with 69cc’s of psychedelic that made some waves on the internet, Blood Maker served as a sort of introduction to Wild Throne as we now know it.

Harvest of Darkness gives us that and more. Think of it as Blood Maker II: The Revengeance; it’s heavy enough to warrant a made up word. Starting off with the ripping title track, we’re guided into the labyrinthine riffing and vocal acrobatics of Holland, cruising 3,000 feet above Johnson’s percolating basslines and Burns’ frantic drumming. No false moves here; it starts off casually at 11 out of 10, one louder than everything else, with a threat to get only bigger.

Next we get “Shadow Deserts,” one of the standouts from the Blood Maker EP. This is the one with “gumption” in the chorus, and yes it’s earned the right to use that word. These are pop-rock hooks dressed in leather, studs and sunglasses, holding a machete and tearing down the freeway on a motorcycle. The solos are introduced by Holland yelling “GOOO!” Coming from any other artist, it might end up being cheesy or lame, but the delivery here is so ragged, he’s really just saying what we’re thinking.

“Fear Yourself” is next, and it simmers and rolls, boiling through its introduction into an octavized guitar lick that seems to ascend forever. “Lone Lust” is a groovier journey that shows Burns adding some dynamics in his snare hits to help accent the sturdy bass from Johnson, while Holland delivers some wider, chorus drenched guitar over soulful vocals.

“Death of a Star” is a rolling track that continues on the musical themes of the track before, with shimmering guitars, military snare rolls and tremolo picking that would make Abbath jealous all coordinate to build a cosmic sounding backdrop for the song’s natural lilt. “Blood Maker” was the closer for the first version of the Blood Maker EP, and it’s a suitable cap to the first half of the album. The solo that ends it is a polyphonic slaughter that has to be heard to be understood. Sometimes words fail us, and that’s why this guitar solo exists.

Deep breath; we’re only halfway through.

“I of the Prism” is a rapid shift up a notch in both tempo and intensity. Like an 18-wheeler with a jet engine, it goes beyond sense and reason. Think Propaghandi with stronger melodies. It flows seamlessly into “War is a Romance,” which somehow manages to be even faster and more urgent.

“Born to Die” comes next. Holland’s vocal delivery dances around the barline, while Burns and Johnson keep it tight until they explode in the skyrocketing chorus. “The Wrecking Ball Unchained,” originally the opener on Blood Maker, makes the transition to anthemic penultimate track beautifully. The final track, “Trans,” is a Motorhead grind that has one of the coolest descending boogie licks into a fist-pumping chorus.

The key to this album lies in how it’s presented because this is the watermark for good bands in Bellingham, regardless of whether or not you like heavy music. Every song, line, lick, beat and track has purpose and intent that makes its execution seem casually effortlessness. The album is bold, dangerous and gives the rest of the world a reason to forget that Death Cab ever came from here.

Published in the October 2015 issue of What’s Up! Magazine