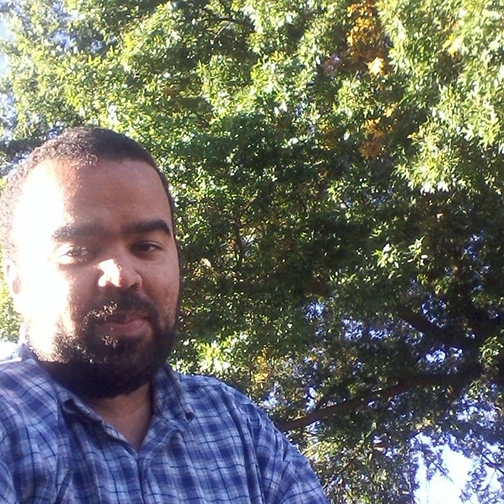 There are few performance artists that I respect more than Robert Lashley. His passion and fire while reading his poetry is awe inspiring, captivating and incredibly emotional. Like few others, his entire soul gets put into his words and it can be breathtaking.

And with that, may I introduce you to Robert Lashley.

Who are you and where did you come from? Please tell us about yourself.

My name is Robert Lashley. I am a poet, playwright, essayist, and critic. I was born and raised in Tacoma, Washington. My childhood was filled with so many joys in regards to literature, music and culture. It was also filled with drug addiction, frightening levels of abuse, severe heartbreak, and too much death to process in a human life. My books (The Homeboy Songs (2014) and Up South (2017) are my way of processing all that, to alchemize the pain and the beauty, and to not do it as therapy, but as an impetus to create idiosyncratic art.

You recently released a new book. Can you describe the process of putting it together, and how the poems were selected. What went into the actual release?

Up South was a surrealist folk book that commanded its own form. When I wrote The Homeboy Songs, I was surveying the territory of my life and trying to see it in context with the lives and territories of other writers.  I had to name and make sense of my home turf and do it in the street and lyric languages inundated in my head.

Up South had to be different for complex cultural reasons.  I’m not a political writer per se, but the current events of this decade shocked my imagination into a sort of surreal state. I have fewer rights and am in more danger as a conscious black person than any time in my life or my parents’ life. My response to this was to go inward, create art about grandparents, great aunts, and great uncles, and try to understand the rituals and coping mechanisms they had to make it in society. My political act wasn’t to make poems that served as rhetorical statements but to center my imagination around the world of my ancestors and the ways they affected the community they lived in.

Do you remember the first time as a child you connected with poetry? What do you recall from that time?

My Uncle Moe was the greatest African American poetry scholar I have ever known. My first memories of him are in his room in my grandmother’s decked out basement. I would play records for her as he would type in his room, and he would come out and fight through his stutter to tell us what he was working on. From any of the most objective and exacting standards, he was as gentle and decent as a human being could possibly be.

How has your poetry changed over the years?

With the glaring exceptions of his cocaine addiction and misogyny, I identify with Richard Pryor’s evolution. I started out very eager, very much wanting people to like me, and very scared to show people aspects of my unvarnished self. I had scholar poet friends and mentors who pushed me to be better as a writer, to take down my walls, and to relentlessly true to myself.

What are your thoughts about the local poetry scene? What about Seattle and Vancouver?

I was the only black writer in Bellingham for too long and took too much from too many people to give you a positive answer about the literary culture of the city.  And as the first black writer in the state to have a poetry bestseller, I can tell you that not too many open mic places in the state were better. The Jack Straw Institute and Artist Trust Foundation have been very supportive. I was grateful to The Stranger for nominating me for a genius award last year. I am also heartened by the dissident working class literary cultures I see in Everett, Spokane, and Vancouver, B.C.

You’ve lived in Bellingham for many years. What is your favorite thing about the town?

It’s acid tongued misanthropes. I love the town’s grizzled and wary appraisers oh so much.

What one poet would you like to sit and have a drink with? Why?

Gwendolyn Brooks. So I can thank her for paving the way and showing that one can write about their environment no matter how  “grimy” it is.

How do you approach the creative process? Do the words come quickly or is it a labored and time-consuming process? How does it feel like when you complete one?

My creative process is “First 50 thoughts/best 10”. I’m a perfectionist of sorts and I treat a poem like it’s a serious form of literature and not some sputum that arrives out of one’s brain fully formed. That said a poem has to have an organic feel, the final product cannot be forced (which is the reason I revise so much).

My favorite aspect of performing is when I get away from myself and my personal guards. My favorite performance was my first time featuring at the Cantab lounge in Boston, when I could pay homage to Jack McCarthy in his home turf.

What was the last great book you read? What was so engaging about it?

Moonlight/Paramin, by Derek Walcott: A beautiful and heartbreaking return to his old neighborhood and his old form. Beautiful because of the craft, heartbreaking because he died a few months later.

If you weren’t living in Bellingham, where would you reside?

Rochester, New York. A diverse community that I have a kinship with in a lot of ways.