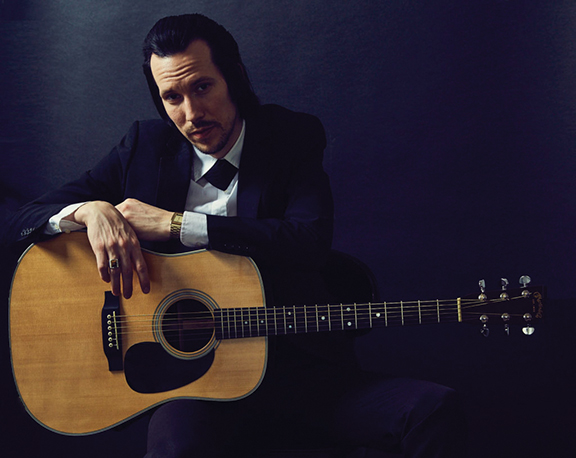 Zephaniah O’Hora has a distinguished mustache with a voice that is warm and trusting, a calm and steady monotone. He’s something of a modern day cosmic cowboy, taking country back to its heyday.

Born in New Hampshire, O’Hora spent a good deal of his adolescence active in a non-denominational, born-again Christian church. It was there he first was introduced to music.

“I remember being pretty young and having this fascination with a church drummer named Ed,” he recalled. “I really looked up to him. I think in part because my name started with the letter ‘Z’ and so did the Zildjian cymbal he used. Either way, that’s what got me started on music.”

It wasn’t long before O’Hora took up an instrument himself, an alto sax his parents bought him in the fifth grade. He took music lessons at the church and in the years following became, via nomination, leader of the youth worship group as well as leader of the church band. He attributes his interest and subsequent success in the industry to these formative years in the church and the support and opportunity it gave him to grow as an artist.

He left New Hampshire at the age of 18 and moved to Cambridge, Mass. where he began questioning his faith, listening to the Beatles and dabbling in psychedelics and experimental religions. His initial introduction to country music took place in the form of record hunting when he stumbled upon some western classics and immediately felt the connection.

O’Hora, now 34, has called Brooklyn home for ten years. He moved to New York when he got a job at a swanky Manhattan hair salon and while music remained a passion of his, it wasn’t immediately paying the bills. So, like many in the boroughs, he worked a day job and paid rent with his checks and bought groceries and anything else with cash tips.

It was at the salon he met John Shannon, a fellow stylist and musician. Shannon is now O’Hora’s lead guitarist and one of his closest friends. Shannon introduced him to a community of musicians, particularly those in country western.

To be clear, this is cool, stylish, and cultured country western. There’s a noteworthy difference. O’Hora’s songs are about stories of his past, many of them detailing profound mystical experiences or relationships come and gone. He questions the fundamentals of why we are here living the lives we live, and ponders the minutiae of interpersonal relationships and the individual’s desire to seek purpose.  His sound is frequently described as “truck driving country,” as it lends to a certain type of mood that’s generated by hours spent coasting down the seemingly endless highways of cross-country trips. A quiet contemplation, or perhaps a pleasant melancholy.

O’Hora gleans inspiration from the like of Ray Price, George Jones and Bob Dylan. His work is often stylistically associated with Merle Haggard as it’s more jazz-based and both modern and classic.

With all of this time and experience working on and with music, O’Hora only recently debuted an album of his own. This Highway was released mid-2017 and has been given high acclaim as a modern tip of the hat to classic country western, particularly that of the 60s and 70s.

He hadn’t planned to make an album, had only thought of the possibility. It was with the encouragement from friends and acquaintances that This Highway was born, one day at a time, he said.

Playing live onto tape with the full band, the album took three days to record tracking. From there, O’Hora went back and re-recorded much of the vocals solo. Over-dubs took a week’s time or so in the course of a few months. All of this work was done at The Bunker in Williamsburg, where Aaron Nevezie, Owner/Mixer/Chief Engineer/Producer took from the samples of recordings O’Hora brought in as examples of the sound he wanted. The final product being a timeless work of big city genius meets old-fashioned country western wisdom.

Now, O’Hora is looking to sit down and record another album, again at Bunker, this October. Until then, he can be found off and on in Brooklyn, on the West Coast and throughout Europe for the remainder of the summer.

Zephania O’Hora plays the Firefly Lounge, presented by The Roost, on July 31. Follow his Facebook page for updates.