JJ Gregg: On a mission 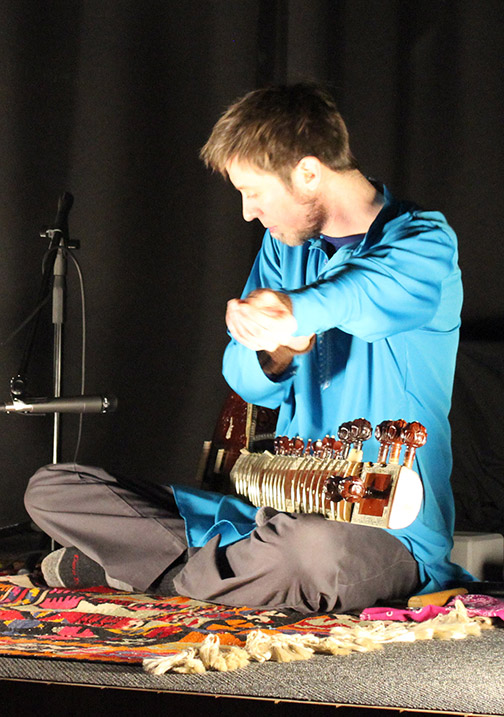 JJ Gregg grew up in the small town of Washburn, Illinois, where he took piano lessons for nine years, played the French horn in band and was in choir. Though it was just after Kurt Cobain’s passing that he and a friend began an experimental rock band, playing bass. Wanting to be self taught like Jimi Hendrix, he refused to allow anyone to teach him anything about music for years (even while in band in high school).

After moving to Colorado Springs for school, Gregg eventually took a year abroad to study. “I was looking to go study abroad for a long time, I wanted to go somewhere non western.” Having gone to a magnet public school outside of Chicago for three years, Gregg had made friends of Indian descent – that connection brought him to India.

Before heading to India, though, he had taken up sitar after a soul crushing two year hiatus from music. “I made this album where I recorded all the instruments in high school,” he said, but his family, rightfully, told him it wasn’t good with a friend telling him he couldn’t keep a beat at all. “I wanted to play songs that were in weird time signatures but couldn’t do it,” adding, “I wanted to be a better musician. The stuff I recorded I liked it but was never really satisfied with it.”

Soon after arriving in India, Gregg met his sitar guru who quickly told him to forget everything he’d learned about the instrument. Over the next five months, Gregg took lessons twice a week for up to two hours, essentially taking a crash course in sitar. He came back and worked on writing guitar based rock songs while also playing sitar with a tabla player, finding himself back in India a couple years later – back with the guru, furthering his development as a sitar player.

This back and forth to India for lessons from his guru continued for several years as Gregg graduated from college and began teaching, eventually landing him in Bangkok with his partner  where the trips to India became easier to accomplish. Soon his partner got a full bright scholarship in India and Gregg was able to live in the country full time, spending most of his time focusing on sitar playing.

After a decade of studying sitar, Gregg, while living in Chicago, began to “do more” with his sitar – playing out more and creating. He soon found himself in Walla Walla with his partner who was teaching at Whitman. These days Gregg finds himself in Salem, finally hitting a level of sitar that gives him comfort, or at least he feels close. “It’s really exciting to get to a level where I can enjoy improvising and exploring different possibilities,” he stated.

One way Gregg helps the audience understand the music better is with a question and answer period during his performances. “You get the whole gamut, (during his shows) some people love it and cry and are really into it. Other people will focus on one particular aspect and they don’t get it.”

He added, “I try and share with the audience what the music is. I used to think that would spoil it for people. If you satisfy a little of their curiosity they will relax a little bit and enjoy the music as it’s coming to them. Instead of trying too hard, they can enjoy it.”

Catch JJ Gregg with WMD on March 16 at The Alternative Library.