MUSIC STREAMING: Arbour’s Hans Watkins shares how it all works 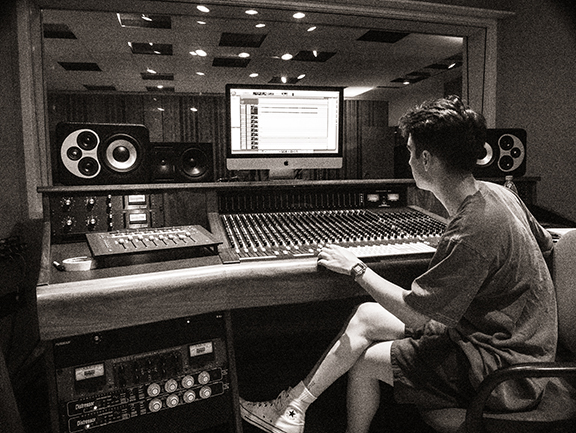 In the last several years, music streaming has become the number one way that people listen to and discover music. Streaming services like Spotify, Youtube, Apple Music, and Amazon Music are just a few of the hundreds of platforms that listeners can pay a monthly subscription to in exchange for millions of songs on demand. At their inception, these streaming services weren’t used widely enough for artists to consider them a reliable source of income, but now that Spotify has over 200 million combined users, there is potential for artists to make a decent living off of their royalty payments from Spotify.

Here’s how it works: Spotify uses the money they generate on ads and subscriptions to pay artists on average $0.00437 per stream, meaning an artist needs to accumulate 336,842 streams to make the minimum monthly wage in the US ($1,472). If that sounds unattainable to you, you’re not alone. I had my music on Spotify for two years before I got a single play and it has since become my full-time job, however, it’s not just a waiting game. There are a lot of ways you can get your streams up on Spotify, and I hope my experience doing so can help you begin to sustain yourself on your own music.

Before we get into the strategies, it’s important to understand where your streams can come from. In my case, a whopping 84 percent of my streams come from three types of playlists: Spotify’s editorial playlists, Spotify’s algorithmic playlists, and “other listener’s playlists.”

I imagine passive listeners to be the people who want to set a mood for their evening, so they find a playlist on Spotify like “Jazz Vibes,” press play on the first track, and go make some dinner. These people are overwhelmingly the ones who help pay the bills, but they’re not necessarily loyal fans. Therein lies what Cory Giordano, the founder of a popular record label called Inner Ocean Records, calls the danger of Spotify. “It gives you a false sense of what your actual fanbase is. [Because of playlists], the numbers now are so inflated compared to back when we were all just on SoundCloud. I think a lot of artists start doing really well on Spotify so they stop trying as hard in all the other areas because they’re just like, ‘Well, I’m making a couple thousand bucks a month so I can just keep rinsing the same stuff over and over because it works. For anyone who’s really trying to be a full [time] musician, you still have to push all the other areas because the Spotify world is really only one site and it can be very misleading.”

The way I see it, if you’re on a good playlist you might be able to bring in millions of streams per month, but your monthly listener count is not entirely in your control, it’s up to Spotify’s curators if you’ll get on the playlists and stay on them. Cory recommends using a portion of your income from placements on playlists to grow a loyal fanbase. You can use your money to promote your posts on Facebook and Instagram, pay for studio time or equipment to record new music, or pay for gas to play shows in other cities. I’ve enjoyed having the ability to siphon money back into the artistic community by paying for local artist’s services like hiring a photographer to get professional photos, an audio engineer to help you record, or a graphic designer to help you with album art. All these things have the mutual benefit of improving your marketing material, building professional connections, and supporting the local art scene.

So how do you get on a big playlist? It’s really not a whole lot of work on your end. First and foremost, you’re a musician, so you’d be smart to focus a lot of your energy on creating music that you’re passionate about and enjoy. I find it helpful to do some research on Spotify about what playlists are out there; not so that you can curate your sound for a specific playlist, but so you can figure out which playlists your music might fit into. Once you’re ready to release the song, upload it to your distributor at least a month before the intended release date. This gives playlist curators the opportunity to review your submission to the playlists and will raise your chances of a good placement.

Then, you’ll want to practice your “elevator pitch.” Imagine you have one minute on an elevator with the A&R of your favorite record label. How would you describe your music? And how would you make yourself stand out? This is essentially what you’re doing when you submit your music to playlists via the playlist submission form on your Spotify for Artists page. On that form, you’re asked things like “What city do you most identify with?” and “Describe your song for us.” Then follows “Choose 2 from this list of moods” and “What instruments are on this song?” Finally, and maybe most importantly, “Tell us more.” Spotify states that this final section is where you can get creative and make yourself stand out. They want to know what the song is about, whether you have any interesting promotional tactics planned, if you did anything crazy during the recording process; anything you can do to rise above the noise will probably help.