Hunter Gillam: A musician in metamorphosis 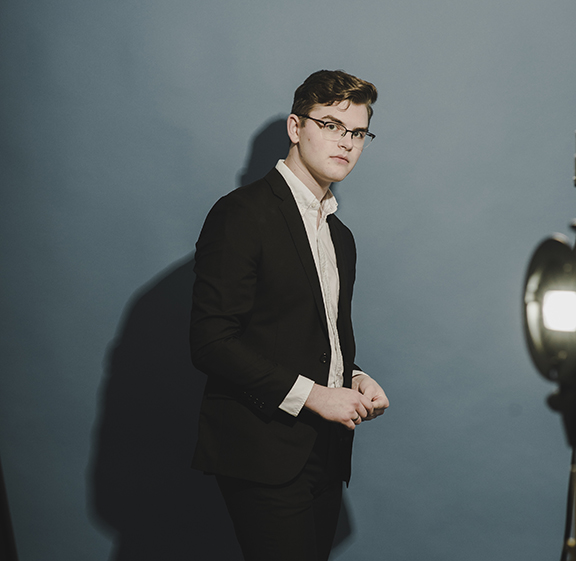 Hunter Gillam is not afraid to get his feet wet and dive outside of his comfort zone. He is extremely multifaceted and juggles several goals yet all of them are related to music.

Gillam, a WWU student building a Bachelor’s degree in Music and a Minor in Arts Enterprise and Cultural Innovation, is the Lead Alto Saxophone for the Jazz Big Band 1 AND Jazz Combo 1 at Western. Outside of his life in jazz, Gillam also works closely with Bellingham’s organic EDM duo Noisywaters.

In contrast, Gillam also produces R&B tracks and worked with several other artists on their projects. His current projects take inspiration from mainly R&B, gospel, and hip-hop songs that are recreated with his own twist.

The music creative recently released an EP called Love Jamz on Soundcloud. Gillam claims the EP was “birthed out of frustration” due to hitting a production pothole that had a disappointing end result with a different record. He dug up the roots and reasons for why he wanted to make music in the first place.

From there, he crafted songs that combined all the elements from artist who have shaped him.  During the process of making a new record, Gillam gives himself a challenge. For Love Jamz, the challenge was making each track become cohesive with each other. When paying close attention, a listener could pick up that the words ‘love jam’ are in each of the choruses to the tracks.

His vision is to create songs that “you could listen to driving around on a hot summer night at 11 p.m. and feeling like the shit.” Finishing this project and feeling his expectations met reality, he took lemons out of a rut and turned them into lemonade.

Since then, he’s released a remix of Justin Timberlake’s Suit and Tie. This remix has an intriguing blend of hip-hop, R&B, electronic, guitar, and gospel elements.

It begins with hip-hop bass then incorporates electric guitar through the first build-ups. As the song progresses, larger than life gospel organ and vocals come in. This track takes what sound inspired him at a young age and reshaped it into the place he is in now.

Keeping the future in mind, Gillam set some goals for his music and career. He wants to help produce a vast amount of genres, cultivate artists by helping them produce their music in a way that successfully makes their sound unique. With his personal music, he wants to develop a signature sound before incorporating his own vocals. However, no matter what happens, Gillam wants to always keep learning and progressing as a musician.

Overall, valuing learning has made him inspired to make more music and not being afraid to critique his own work.

“I could pick apart anything I’ve worked on but there’s a balance to doing so. It’s important to critique your work but not to the point where you hate yourself because you’ll produce shitty records,” Gillam said. “You’ll put yourself out there when performing gigs and take really bad solos. It doesn’t define you as a person. What defines you is learning from those times and becoming better.”

Check out Hunter Gillam’s Love Jams EP and Justine Timberlake remix on his Soundcloud at https://soundcloud.com/hunter-gillam/tracks.