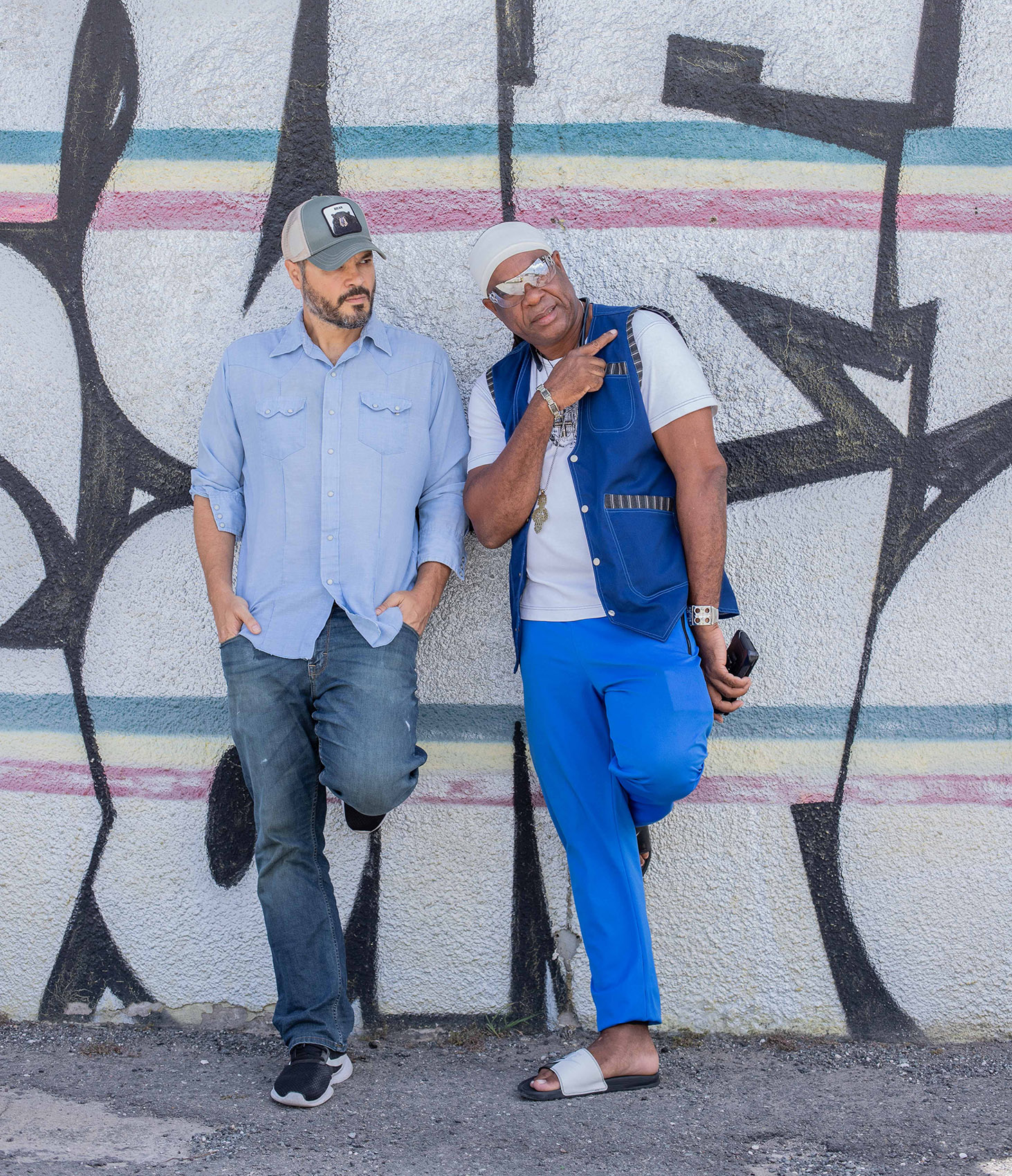 Davin Stedman, of Everett, has been playing music around this town for so long it’s like he’s from here. Whether it’s with his band The Staxx Brothers or his new musical life in the world of reggae, Davin has continued to make music that gets people moving and shaking. He recently enjoyed a music trip to Jamaica, and will next make a rare one off Staxx Brothers show at Herbsstock on Sept. 14.

What has Staxx Brothers been up to lately?

I actually put The Staxx Brothers on hiatus. I still want to play some great shows with that band and release what would be our fifth, and likely final album.

When Tim Alexander asked me to play Herbsstock to celebrate his new Cider and Ciderhouse that certainly qualified as a reason to get the gang back together to roll out those anthems like “Black and Mild.”

The line up I booked for this show is the group that backed up Bernie Worrell at that unforgettable show at Wild Buffalo before he passed. That’s The Staxx Brothers that Tim knows. That band can jam. Ryan Nutter (guitar) and Justin Smith (keys) can set off The Northern Lights on those songs, and Doug Rehfeldt and Tom Wilkinson are great rhythm section. Sept. 14 is going to be a blast.

What have you been doing musically?

Right now my focus is on finishing my first “solo” album that Tuff Gong International is distributing and doing some wonderful things in navigating the exciting world of reggae and global pop.

I don’t feel like I’m ever going to be a reggae singer. I’m not even sure if much of the album is going to trigger you into thinking  “oh this is some reggae.” It’s got that “Let’s Make a Baby” Staxx Brothers spirit in terms of having these Dancehall greats like Sly and Robbie, Anthony Red Rose, and Lenky Marsden digging a song like “Free Your Mind” I wrote in England, which they call “Davin’s Folk Ting.”

They took on one of my promising tunes because Red Rose asked me to pull out my guitar at Sly and Robbie’s One Pop Studio, it was something Jamaicans really connected with it, because the pressures of capitalism and colonialism are so immense in that country. They heard something and they are the sort of masters of song that have the resources and friendships to take the sounds they hear in their head and make me sound like a star and then introduce me to my publicist Susan Smith, who just you know…arranged radio and TV interviews.

The whole album is a hybrid of some sort. All organic. You fall in with Mento musicians from Port Antonio that are members of The Jolly Boys, you come back with a Mento song the next year that will knock them out that you hear them playing on.

I could go on and on about that adventure and how I fell in with Earl “Chinna” Smith and all the Rastas Inna Di Yard. I’m filming a music video for “The Bush Doctor” which he produced and snapped his fingers and made Stephen Marley’s rhythm section appear. I’m doing a Band in Seattle Special that will give people a glimpse into the making of West Indian Rock, but I have to mention my new band!

The Soul United Allstars are a dream I realized of having my own Heartbreakers to turn my “Seattle Folk Tings” into big songs as The Staxx Brothers had done before. But now I get to work out my fantasies of being Tom Petty, standing up there playing guitar, strumming an electric with a glorious combo around me doing glorious yet concise things.

The new band is Jeremy “Steel Beans” on guitar, Alex George on  bass, Tom Wilkinson on drums, and Daniel Oliver on keys. It’s The Heartbreakers.

The shows are fire because it’s a collection of Staxx Brothers songs where I do my Jagger thing and a party mix of the Jamaican tunes, the British tracks I cut with Bedlam Isle, and the new songs that are emerging from this new partnership.

What drew you into this new direction?

There are people in our life that if you think about it, are kind of downright magical. People you hardly deserve to be friends with that somehow pull you along and open doors. One of those people is Sick Donkey Records founder Bluejay Hankins. He brought me to Jamaica. It was his idea. He knew Jamaica was magic and he had a hunch that something was going to happen for me the minute I landed. But even he didn’t see the so called Sly & Robbie miracle happening.

But he did bring me to Chinna and he’s responsible for all of this. And he has been guiding me and pulling me through these sometimes challenging but nonetheless almost unimaginable situations as the love of his life Twyla was fighting a battle she lost with cancer. I don’t deserve the friends I have, but I cherish them.

When will the album be released?

West Indian Rock could and should come out this Spring when we play a pretty special showcase at Fisherman’s Festival in Everett.

But West Indian Rock is a different animal than my Staxx Brothers albums. There are publicists and the potentiality of European tours to consider. “Free Your Mind” got some serious radio play, and we do this right, it could hit the Top 40 in a few countries. I say we because even if my name is on this record, there is a team behind this. I need to build an even bigger team, and the demonetization of music is brutal. But I’m going to make the best album I can, and aim for a record that could come out in any given year and sound as fresh as it does now.

So May? In the meantime you’ll get some nifty singles like “Big Trouble in Little Brighton” and “The Bush Doctor.”

We covered a lot. But I’ll say this…

It’s a big deal that Tim “Herb” Alexander is a part of the community and that he’s doing this for the music community.

I remember when he told us between sets how relieved he was that we were good. He even may have said, really good, but you’ll have to quote him on that. But I will say that I am proud to be among the folks that helped send off Bernie as best we could to his great gig in the sky, and that it was part of an experience that showed Tim there was a scene that was worth investing in Bellingham.

He’s a gem. Treat him right.