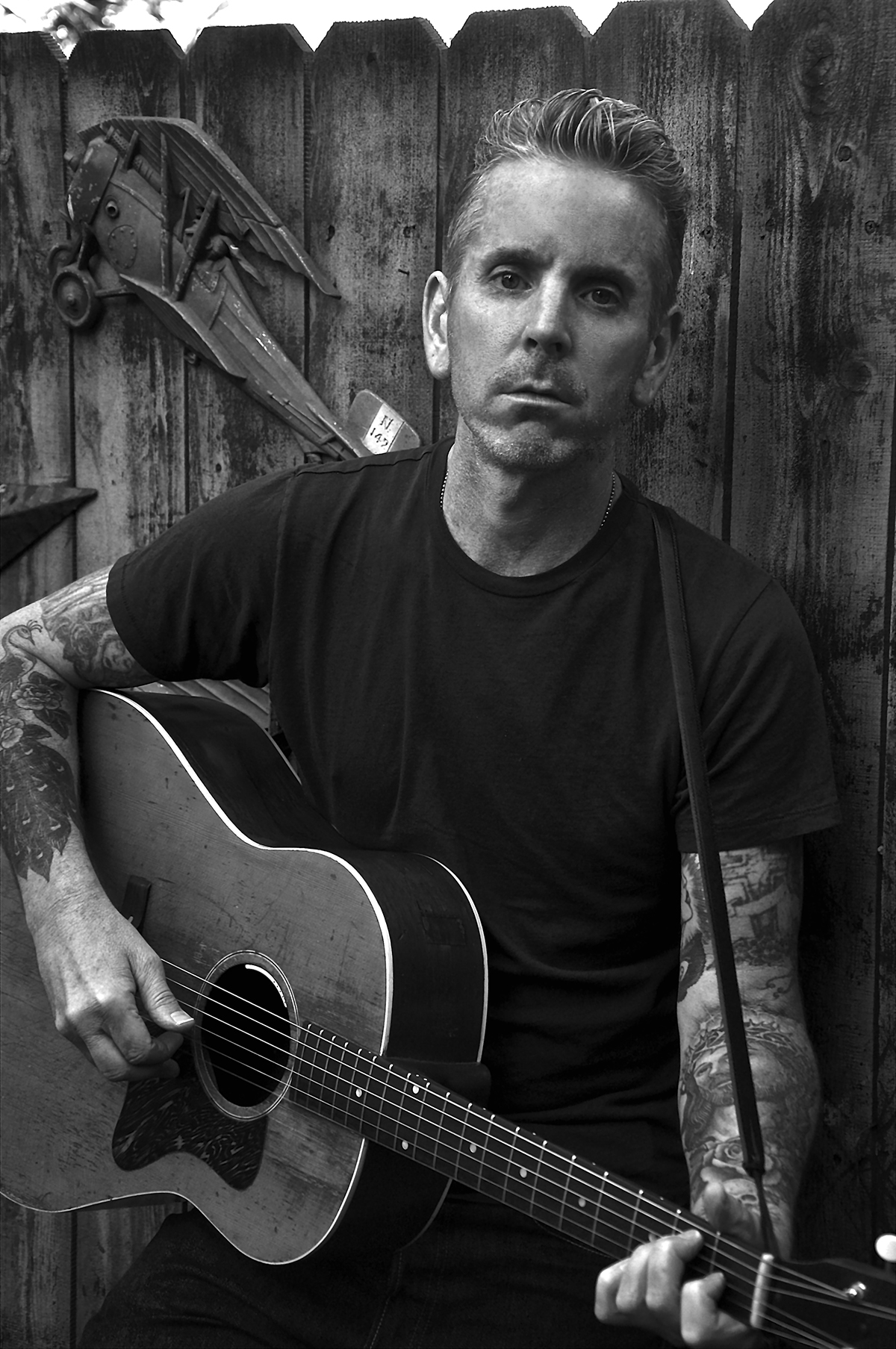 A few days before this interview with Jonny Two Bags, I binged-watched performances of Patti Smith (godmother of punk rock) and gawked over her ability to submerge her listeners into songs by not simply singing meaningless melodies, but by telling a story in a deeply expressive way. It was during this unveiling of one pioneer punk-rocker that I found myself buried in the rise of punk-rock in the 70s, its growth within the SoCal music scene, and how Jonny ‘Two Bags’ Wickersham was involved in it all.

Jonny Wickersham, 52, has been playing guitar in bands since 1987. His first serious band to emerge out of the garage and into the recording studio was Cadillac Tramps, formed when Wickersham was 20 years old. Cadillac Tramps recorded and toured through the U.S. and Canada for almost 10 years. Soon after that he became a member of a handful of other SoCal punk bands-recording and touring nationally. Among these bands were Youth Brigade, U.S Bombs and his current band Social Distortion.

Wickersham put out his first solo record Salvation Town in 2014. “This record was a long time coming,” he chuckled. “I was like 47 years old. I definitely had some experiences behind me to draw from.”

This record clearly illustrated his ability to access everything experienced in life as a punk-rocker and as a guitarist.

Wickersham was drawn towards the idea of purging himself on his own record so that he could hear his songs exactly how he heard them being done in his head. Rather than being shot or watered down, he wanted to be satisfied with himself rather than the band.

Deeply rooted in Wickersham’s music, you can hear inspiration drawn from his youth.

“Salvation Town was a songwriting record,” He stated. “There’s some pretty strong country/folk influences in the music. That’s what my father was into. He was more partial to folk than rock. If it wasn’t about the songs, the vocals, or the harmonies, he wasn’t really into it. I must have picked some of that up from him.”

Wickersham’s dad showed him the first guitar chords he ever learned. He taught him how to play “Green Back Dollar” by Hoyt Axton just by writing out words and chords on a piece of paper.

Wickersham was also exposed to blues at the young age of 11. He was learning Jimmy Page and Howlin’ Wolf records by ear, which he said still has an influence on him today.

This background in folk and blues gave Wickersham the ability to structure himself as a guitarist but it wasn’t until his discovery of punk rock that he was able to go back to his roots and appreciate the lyrical aspect of music again.

“I’ve always had a lot of reverence for songs, good lyrics, and good storytelling. I love all that goes into songwriting and how enticing it can be to stumble upon a good idea or a good hook.”

Wickersham talked about how hard it is to encompass all that is needed to be said with your lyrics when trying to execute them in a real simple fashion.

“Writing words for me is the hard part, I can sit around with a guitar all day long and come up with pretty cool musical ideas and melodies but the work really starts when you put pen to paper and start to write a good song.”

Wickersham believed that punk rock achieved this idea because the scene was an ‘anything goes’ type of situation. Which was what he felt was so great about the scene, “You could be as clever or a stupid as you wanted,” he stated.

“There were so many different things happening stylistically that could fall under the umbrella of punk rock. It was an open and creative thing. Weirdly and simultaneously though it was capable of being super close-minded, regimented, and policed. There was room for all that.”

Back to being a punk-rocker growing up Wickersham recalled how he always listened to whatever he wanted to, in contrast to this popular close-minded ideology.

“In 1980 there was this thing of ‘we don’t listen to hippy music’ cause we’re punk-rockers. I never subscribed to that at all,” he scorned. “I’m not gonna get rid of all my cool rock n’ roll records because I cut my hair and put on some chucks.”

He was also heavily influenced by The Blasters and X. Wickersham admired how these bands were able to achieve both the punk and folk sound.

“I heard a lot of country music in and around my home growing up, as well as the rock n’ roll stuff that was happening around me… I think what happened with The Blasters and X was they were bridging this gap between country and punk rock, so I just related to it.”

There’s no doubt you can hear all these influences entrenched within his album. Wickersham has done an amazing job at purging the abundance of his experiences as a punk rock musician onto his record, Salvation Town.

Wickersham tries to play solo shows as “Jonny Two Bags” as much as possible in between tours with Social Distortion. Although, he isn’t sure on how much he’ll be able to do in the year to come with his solo work since Social D is hitting the studio soon and hoping to release an album sometime next year. He seems to be looking forward to being slammed and on the road though, so we should be happy for him.

Check him out at the Wild Buffalo on Nov. 4 with Justin Towes Earle.