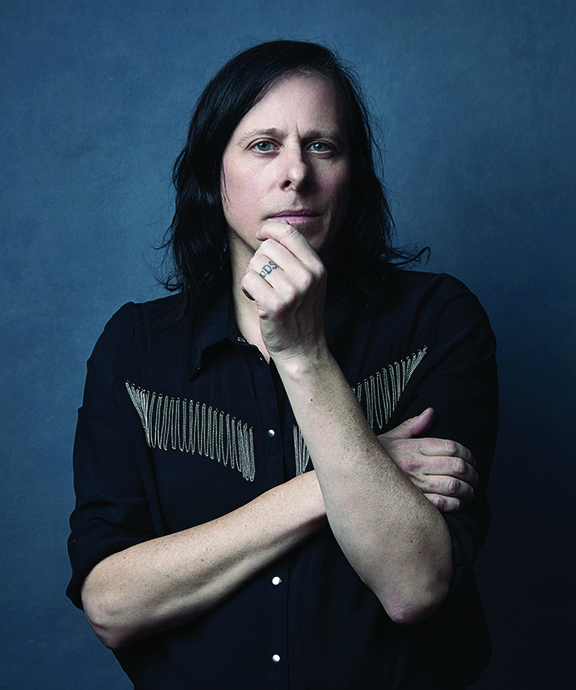 When looking back at Bellingham’s musical history, before ODESZA or Death Cab for Cutie, you find The Posies who, as a couple high school students, created one of the best pop records to come out of Bellingham, propelling them to what would become international stardom. Ken Stringfellow, half of The Posies, has made a career in music – from The Posies, to a reformed Big Star and guitarist of REM, to solo work and his time producing records. If you want a career in music, Ken is an understandable source of inspiration. He’s back in Bellingham for a solo show in November, followed by The Posies show in December, and both happening at the renovated Sehome High School. Big thanks to Ken for answering a few questions previewing the shows.

How did the Sehome show come about?

I had heard Sehome was getting a makeover, and when I was in town I contacted the school and took a tour… they do have events there or at least they can, and they have a lovely theatre now and the revamped band/orchestra room… So, I booked both! I think I am the first outside event at the school. My solo show Nov. 9 will be in the band/orchestra room – which is small, like 70 capacity, and has an upright piano (pianos are important to my solo performance as about half the show is on piano). It should be a lovely intimate evening.

Then Jon and I do an acoustic Posies show in the main theatre, which is more … shall we say it’s more like a proper concert setting, for 300 people, Dec. 21. In the past when I was at Sehome, the only places for concerts was in the cafeteria, so this is a big improvement to say the least!

Is it a solo show or a full Posies show? Or a little of both?

The Nov. 9 show is a solo show, the last date of a 45-date North American tour playing my 2001 solo album Touched plus songs and stories from 30+ years in music. I play the album front to back, and then round out the evening with songs from my other solo albums, the odd Posies and/or Big Star songs, and a few songs from my country western opera The Record — these are duets, and I’ll be joined by 2019 Sehome grad Kacey Lind! Other than Kacey’s appearance, I am alone on stage, playing guitar and piano, depending on the song.

The Dec. 21 show is Jon and I playing as a duo, on (electric) guitars. But no bass or drums… more of the Simon and Garfunkel approach! They do have a grand piano in the theatre, so I’ll probably take advantage of that as well.

What was the Bellingham music scene like when The Posies started to gain attention?

It was very familial. You pretty much had only one band from each genre — one punk band, one metal band, one psych band, one garage band. So… everyone had to get along and support each other.

How do you feel when you come back to Bellingham? Do you do it often outside of music? Are there any ties left to the town for you?

Yes, I am a frequent visitor as my mom is still living in town. How do I feel? The town has changed and grown in the 32 years since I actually lived here, but it’s still so familiar… I could drive it with my eyes closed (don’t worry I don’t!). I still come for coffee at Tony’s and can’t help but project my memories of our December 1987 acoustic performance, Jon and my second ever public appearance, into the window to the left of the door (if you’re looking from inside the cafe). My first ever band mate, Chip Westerfield, is still in town and still working in music…

When you were in high school, could you imagine the career you’ve had?

Well my senior yearbook quote was “watch 4 me on MTV” or some such thing. But still, I didn’t imagine what a career would look like. At that time, the musicians I admired didn’t seem like normal people… they were remote, intimidating figures… we live in the age of accessibility now which is so very different than how it was in the 1980s when I started.

What do you think has been the key to maintaining a career as a musician?

Not listening to advice is probably the number one key to my longevity. I truly believe as an artist you have to reinvent your own wheel, no paths are identical. If you make something truly individual, you will have a better ability to maintain it, and you won’t be lost in the shuffle/machinery of the music business at large. You can plug in when needed, and unplug when you want.

The Posies have been through town more often over the last couple of years. Any particular reason?

We are more active — we picked up some good momentum on the last album (2016’s Solid States) and then followed that up with last year’s 30th Anniversary Tour and we want to keep that momentum going with the next album (see below).

We are working on a new album that we hope to get out for release in the fall of 2020; I hope in the early part of the year we’ll be mixing and shopping the album to labels and get our promotional push primed and ready over summer.

And of course, come back to Bellingham as part of the tour!