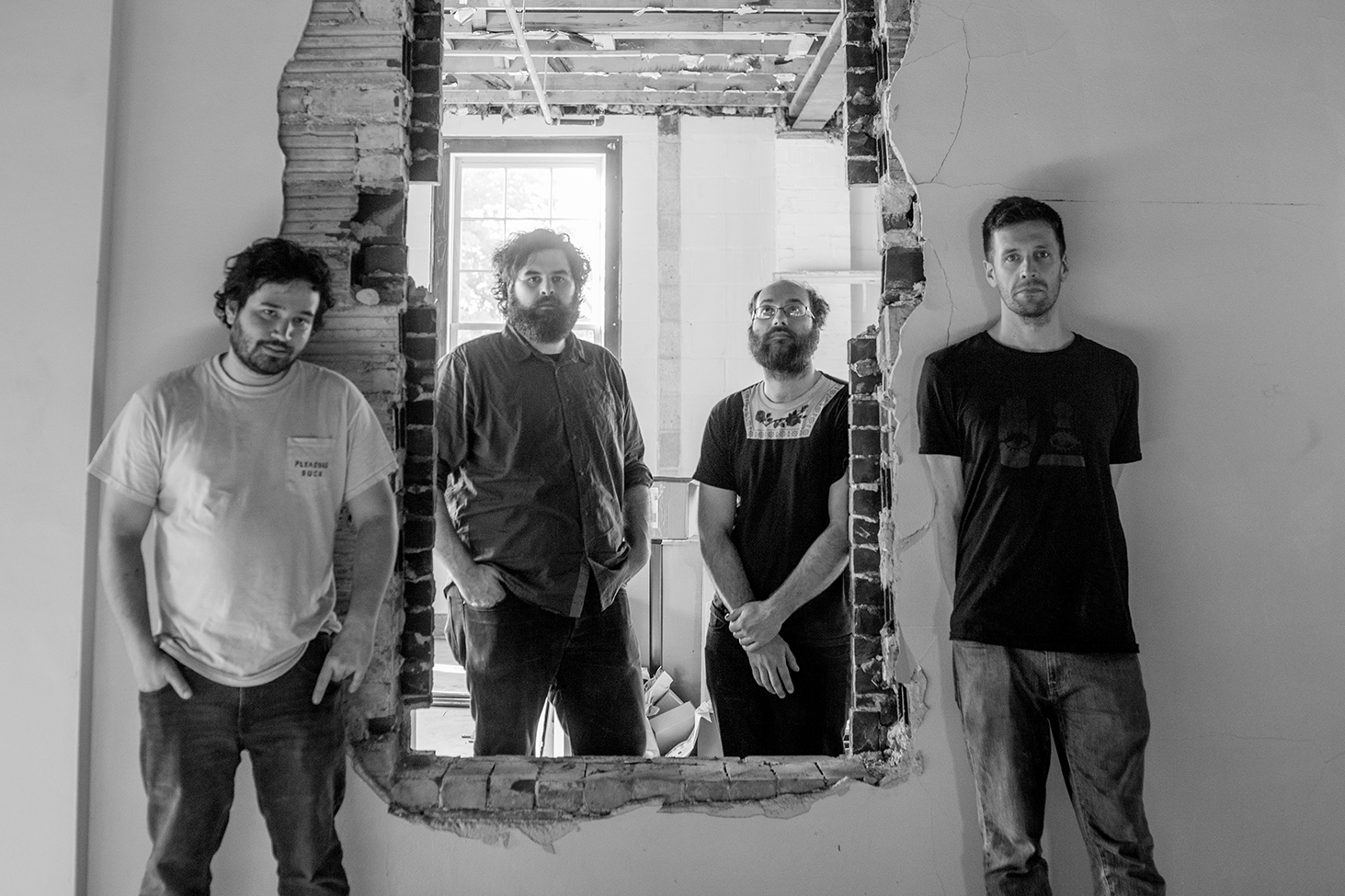 I first learned of Pile from a friend in college who bought their 2012 record Dripping  from their Bandcamp page. The creepy old man in stark black and white on the cover of the CD immediately awakened my curiosity. I’d never heard anything like it: noisy but thoughtful, left-of-center indie rock born out of the Boston underground music scene. Pile became a staple on my work-out playlists. I would put them on when I needed a good head-banging session. Since they remained relatively obscure, their music felt special and personal to me. Four records later (for a total of seven) their devoted fan base has grown. They’ve toured in Europe four times and have a reputation for spending a lot of time on the road.

When I spoke with Pile’s front man Rick Maguire on the phone, the band was in Santa Barbara, just starting a U.S. tour that will last until Christmas. We talked about influences, the new record Green and Gray, and his creative process.

Growing up what were you listening to? Which artists inspired you and made you want to pursue music?

When I was younger I liked the Beatles and Bob Dylan and I was also into some more punk stuff, or post-punk, Fugazi and that sort of thing.

Those inspirations led into writing music?

Yeah, I was a teenager when I started playing music. I wanted to write music but I wasn’t really sure it would work out as a career. I mean I always hoped it would. But yeah, I worked towards it for a long time. And it’s really only recently that it’s been financially sustainable.

What have you been listening to lately?

I’ve been listening to that band Beak a lot.

Yeah, it’s the drummer of Portishead’s other band, and they’re really great. I’ve also been revisiting a lot of PJ Harvey’s records and I got really into Kate Bush’s record The Dreaming.

What other forms of art influence your music? Books? Movies?

I’m sort of out of a phase with books right now, unfortunately. I think it’s because of touring. Even though being in the van would be a perfect time to read, I have a tough time doing it. As far as movies go, it’s one of my favorite things to do so I’ve been going to see what’s in the theaters right now. As far as movies that were awe-inspiring that I would recommend to friends, “The Last Black Man in San Francisco” was really great.

Have you been to Bellingham before?

What is your impression of the Northwest?

My older sister lives in Seattle so I’ve been out there a good amount of time just to visit. And I really like it. I feel like there is a kind of similarity to the Northeast. I wish I could spend more time out there and maybe write music there at some point but we’ll see if that ends up being in the cards.

Do you notice a vibe between East and West Coast crowds?

Yeah, the vibe is very different; the way cities are set up and the general disposition of people. Out here (West Coast) it’s warmer, friendlier, more open and laid back.

It sort of changes night to night, but from the new record, I’d say “Firewood” or “A Labyrinth With No Center.” Those two are pretty fun to play.

With the new record, Green and Gray, what do you feel like distinguishes it from your other records? There’s that song “The Soft Hands of Stephen Miller” which is more outwardly political than what I’ve heard before from Pile. And then you have that lyric that opens “Firewood”: “No longer burdened by youth”. What did you find burdensome about being young?

The age thing and the political stuff, those are two. There’s also a lot of relationship stuff that I thought about throughout the record. The whole youth thing is kind of tongue-in-cheek. When you’re young you’re experiencing a lot of new things that can be painful, and as you get older you don’t have to worry about that as much and you become set in your ways.

Would you describe your writing process as manic or is it more like blue collar work where you are steadily chipping away?

I think it’s mostly showing up and thinking about it often. Usually it’s incremental progress. There are songs and pieces that sometimes will come quicker but mostly it’s one thing at a time.

What do you do to get into that creative headspace?

Walking is something I feel helps. Sometimes exercising. It kind of varies. There are things I try to do to take care of myself like cooking food, meditating, and I like to think that those are the things that end up catalyzing some ideas.

What’s in store for the future of the band?

We are going to tour until December and then we’ll take a couple months off, but I will take that time to write more music if I can.

Where would you direct someone who has never listened to Pile before?

The last record, A Hairshirt of Purpose, is a good place to start. The songs and the recording are very accessible and easy to approach.

Pile plays at The Shakedown on Nov. 5. Follow them on social media for updates.