The Mary Anns: Homegrown folk serve up a feast of harmony 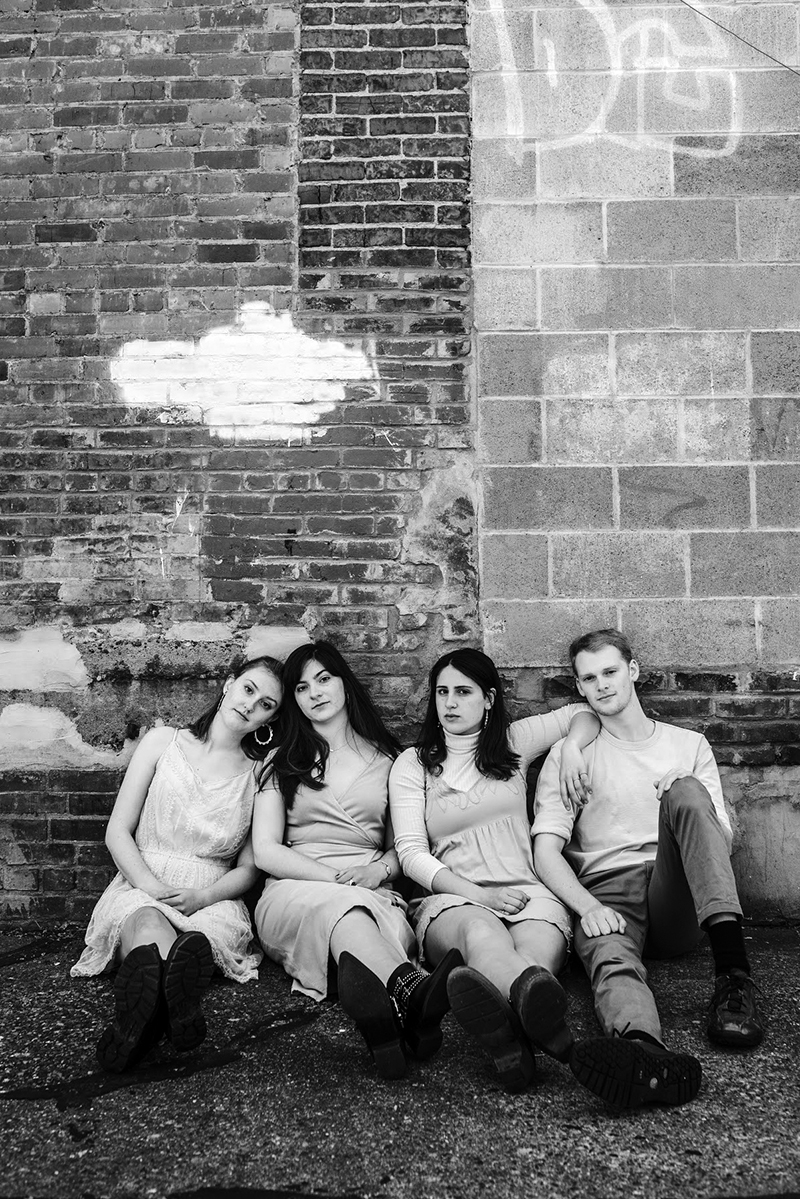 Inside The Castle, home to Americana-folk band The Mary Anns, is the sweet aroma of vegan chili made with love for their guests to enjoy while they sing along to sounds of lush guitar chords.

Playing alongside them was The Dawn Bombs, Magnolia Baseball and Carrots and Hummus. The house was packed with dancing fans and smiles of friends enjoying classic feel-good music. This is The Mary Anns’ seventh house show at The Castle and the group shows no sign of stopping this tradition any time soon.

Because most of the band members are under 21 and unable to perform in bars and clubs, they started throwing house shows out of a necessity to be involved in the Bellingham music scene.

“When we first started the group, we would say, ‘why find gigs when you can make a venue yourself’,” Tibbets said.

So far, despite being underage, their DIY approach has been successful in building their reputation, even landing them their first show at the Shakedown in October.

The Mary Anns started almost two years ago when Healy and Tibbets met each other on their first day of college in Eden’s Hall on Western’s campus. Healy noticed a guitar in Tibbets room and talked her into playing a song. After hearing her play, she just knew the two had to start a project.

While Healy had played in bands all through high school, Tibbets was quite shy to share her music and only played in private for self-expression.

“Serafima is the reason I feel confident in my playing and writing songs. I had never jammed with people before or even shared my music. So, I feel like I’ve learned a lot being in this band,” Tibbets said.

That spring they started jamming with Kirk and Kaster who were soon asked to join the band.

“We heard this girl singing and playing guitar and we were like she’s incredible, we want her on our side, Skylar [Kaster] that’s our violinist,” Healy said.

Soon after, they connected with Kirk, who’s drumming changed their approach to songwriting.

“The first time we played with Elijah, I remember we played the first song that I had played for Serafima, and it just blew me away. I realized this song can have drums and it can sound so good, it just sounded incredible and I knew we could never play without drums ever again,” Tibbets said.

The last member to join the Mary Anns was Weaver. Weaver lives across the alley from Healy and Tibbets and started jamming with the group after hearing them play.

“When we played BAMF, we all had so much fun and before that we decided that if we get accepted for the festival that we would ask Ben to play with us because he adds that extra kick to our sound. After that we just never stopped playing with him and it feels like he’s always been part of the band,” Tibbets said.

As of now, the band has three singles, “Hello Love II,” “Hello Love” and “About the Gods,” available on Spotify and Bandcamp. But this October the band went into the studio with producer, Ruben Gomez (formerly of The Dawn bombs), to record their debut full length album.

“We are planning on releasing small EPs every season until Spring which is when we’ll release the whole album. So, we will release two songs by the end of this school quarter, and we hope to continue that process,” Tibbets said.

For now, the group’s focus is on recording songs to create a greater documentation of the band. But their aspirations reach higher than just playing to their friends.

“Last year, our goals were to play more venues around Bellingham and we’ve definitely achieved that. But now I want to go outward and expand into Seattle or Portland, we just don’t want to feel stuck in Bellingham,” Tibbets said.

Once they finish the recording of their new album, the group wants to plan a tour. Swedish duo, First Aid Kit, is a group the band named as an inspiration and potential headliner they would like to open for on tour.

“We love that they have ladies that front the band. Those are the type of groups we enjoy,” Healy said.

Until they start touring, The Mary Anns are happy with throwing shows inside their “castle” as the house band. For them it feels like a community where other bands can come to enjoy Healy’s home cooked meals, develop a stronger stage presence and make new friends.

The Mary Anns also pride themselves on owning one of the few all female run house show venues. They are passionate about creating a music venue where everyone feels protected and comfortable to enjoy music.

“We try to create a safe atmosphere and we like having signs around the house that relay a positive message or sources of support to people who feel like others are being a jerk,” Tibbets said.

Catch The Mary Anns at The Shakedown on Nov. 10 with Magnolia Baseball and Island Gigantism or online at facebook.com/themaryanns/.