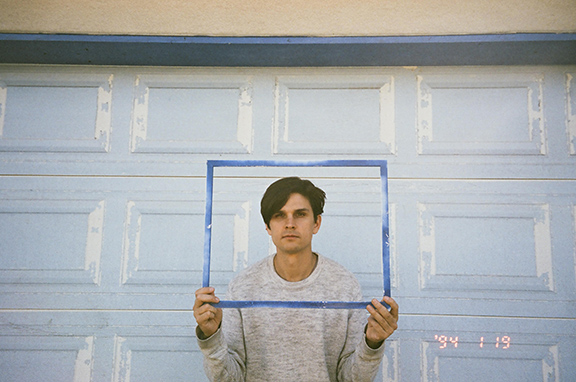 While in between tours and working on his second full-length album, Jo Hirabayashi has been grappling with concepts of identity and his anxieties, both in his own life and in his presence as an artist. Hirabayashi, 33, is the frontman of Jo Passed, but also is Jo Passed. While the project’s band lineup has had several iterations and accompanying musicians, it is ultimately his own space to grow. A space in which he is exploring himself and allowing his vulnerability to be seen.

Based out of Vancouver, Canada, Hirabayashi released his first full-length album as Jo Passed through Sub Pop Records in May 2018, titled Their Prime. He described that album as a big, expansive, conceptual noise rock piece. His upcoming record will expand on the last, but will be harder to pin down. Hirabayashi explained that it’ll incorporate more elements of pop and synths, and will be a more concise version of his previous work. It is expected to be released some time in 2020.

“I think this album is gonna be similar, it’s developing certain parts of the last record,” Hirabayashi said. “It’s tough to say, because I feel that it’s a lot like painting – I just keep adding colors and changing things around over time – so it’s hard to say what the sound is going to be like.”

Through his songwriting, Hirabayashi has found his Jo Passed project simultaneously freeing and pressure-inducing. Without the collaborative nature of writing music as band, he has realized that it’s entirely up to him whether or not a song is finished, and if he is communicating what he wants to in his music, he said.

“When you’re by yourself, you get further into some weird psychological pathways with what you’re doing,” Hirabayashi said. “It’s nice to have the freedom, but also, nobody has as much vested, or as much say into how things are sounding. They’ll just be like ‘sure, it’s up to you, whatever you want to do! It’s your thing!”

Jo Passed, in its essence, is an identity project. The project name is Hirabayashi’s stage name. While he is accompanied by other musicians, Hirabayashi doesn’t want to be tied down to a specific genre, sound or scene. He is excited to completely change his direction and sound in future albums as he changes and develops, himself.

“There is this big question to answer through the whole ‘Jo Passed’ thing. Who is Jo Passed?” Hirabayashi said. “It’s funny because it’s simultaneously a creative issue and a pragmatic thing. It’s come up a lot where people ask if this is a band or a solo project, and I don’t really know! At the end of the day it is my creative project and my creative outlet. Lyrically, the themes on this album are going further into places of my vulnerability.  I won’t get too much into it, but there’s a lot of stuff to do with my anxiety, myself, things like that.”

Hirabayashi has been performing as Jo Passed since 2015 with the release of the Out EP with Mac Lawrie on drums. Lawrie hasn’t been on Jo Passed records since, but will be on the upcoming album. Currently, Jo Passed is comprised of Alea Clark on the guitar, Lawrie on drums, Téa Mei on bass, and Hirabayashi on guitar and vocals.

See Jo Passed on Jan. 3 at The Firefly. Their upcoming East Coast tour with fellow Sub Pop band, Wolf Parade, begins in February. For the full list of tour dates and shows in the Pacific Northwest, find them on Facebook or other social media at jopassed.