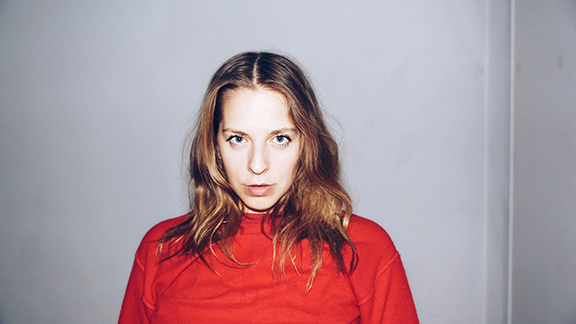 Technology has, no doubt, played a huge role in the lives of independent artists everywhere. We’re currently in an era of music that allows more and more artists to put their music out into the world for anyone to listen. Julia Nunes started out as a YouTube sensation, but she didn’t necessarily mean to be. “Do you remember Photobucket?” she asks me. I sheepishly tell her I’ve never even heard of it. “That’s hilarious. Photobucket was… the beginning of photo sharing on the internet. And that’s what I thought YouTube was, a place to house videos so I could send them to my friends and family. Turns out, it’s a social media site and strangers found my videos.”

Nunes has a calm and fluid voice; she’s easy to talk to and our conversation flows as she tells me about finding her crowd back in 2007, just two years after YouTube was created. The videos she made were mostly covers of songs, layered with her harmonizing vocals and shifting takes of her playing guitar, percussion (sometimes using pens or other household items to create rhythm) and pianos.

“I’m technically classically trained in piano,” she said. “But I’m kind of a jack-of-all-trades… I can fake almost anything with a fret but my main skill is writing songs and singing.”

Her videos, many of which are over 10 years old, show a musician who began making videos for fun with a webcam, headphones and some instruments. The production has since evolved, along with Nunes’ musicianship, into full production music videos like “Used to Want,” released last month with the help of some friends. Her newer cover videos are undoubtedly impressive, and the quality much clearer. Not only has the technology advanced, but so has Nunes’ music.

I asked where she takes inspiration from within her genre, which she describes as “indie-pop, but I like to clarify it as ‘hi-fi lo-fi’. Artists like Clairo and King Princess, that new wave of the mixture of really polished but DIY [music].”

Nunes noted she prefers playing ‘living room’ shows, house shows with less than 50 people. “I didn’t have a booking agent and I really like playing unplugged,” she said. “But then I got a booking agent!”

She finished a tour of the East Coast throughout November and is back in her hometown of Rochester, New York. She’ll be bopping over to the West Coast for a quick 9-day tour in December, stopping at The Shakedown in Bellingham. “I love being on tour,” she said. “My bandmate, Chase Burnett (guitar and vocals), is my best friend and musical soulmate so we always have a blast but everything is a lot easier now with someone else handling the logistics.”

Nunes is the epitome of self-made, independent artistry, something that is becoming harder and harder to accomplish now despite the technological advances. “That’s been the only struggle these past couple years, being totally responsible for myself. To be all the way real,” she said. “I went through a break up and it was really hard.”

To cope? She made an album. Nunes’ newest album UGHWOW was written “acapella, just singing in my head but I knew I wanted to make new sounds,” she explained. “I’m good at making cute, simple ukulele tracks but I wanted to make something that hit a little harder.”

Nunes met Shruti Kumar, a producer, and the two hit it off. “The kind of music that she made, I always wished I could sound like that,” she added. The album is soft in its undertones, with Nunes’ signature sultry voice layered over interesting percussion sounds and harmonizing vocals.

Nunes is an independent pop artist, an anomaly in the sea of huge production value and an often repeated style that makes up the pop genre we know today. Her style, original videos and unique sound is what makes her stand out. It’s no secret why her fan base is steady, large and always supportive of her crisp and evolving sound.

Julia Nunes is playing at the Shakedown on Dec. 14. Check her out on Instagram, support her Patreon and stream her newest album, UGHWOW.