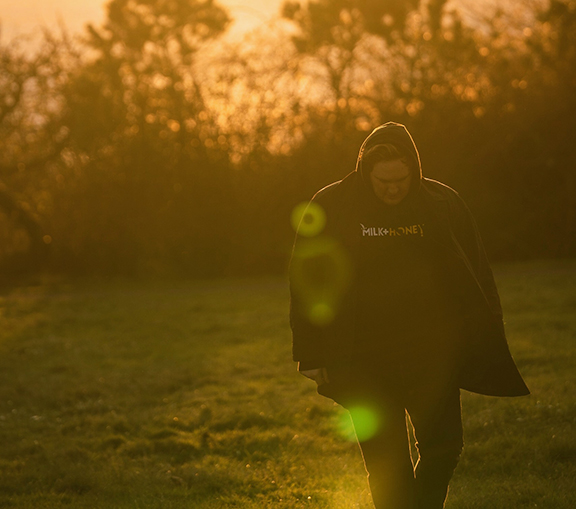 Christian Johnston, also known as Ceilla, is on a new path with his work. The electronic music producer crafted a fresh EP titled Halcyon that is full of melodic, ambient synths blended with hip-hop beats. The combination is stunning and hypnotic – allowing space for an audio experience where listeners choose their own adventure.

This new release holds a very special place in Johnston’s heart as Halcyon best represents him as an artist and who he is. An artist that prefers quality over quantity, he has been extremely active in the music scene for the past three years with frequent live sets, collaborations, and mixing.

The whole EP follows a concept of reflection. Specifically, reflecting on different emotions felt in the past. Each song acts as a relic of different snippets in life and the feelings that were a part of each experience. However, the producer stresses that the project isn’t super specific to him – it’s open to interpretation. He wants listeners to have their own set of reactions, emotions, and reflections when hearing Halcyon.

“I honestly hope the EP gives people a visualization when they hear it. I’m very inspired by film scores. I don’t necessarily write music with that intention but I love the idea of audio and visual coming together,” Johnston said. “Otherwise, I just want people to experience something different with this new sound. Even bring out a feeling that they haven’t felt in a long time.”

With the songs acting as past reflections, Johnston’s captured that concept with repurposing old sounds that have been in the vault and combined them with a fun and newer style he’s unlocked in the past year. The EP starts off with the track “Within Without” which merges the past and the present styles together in such an exhilarating manner. The song is the perfect introduction by having this build up of lingering riffs that can hook anyone in, dive inward, and then just erupt into this joyous drop that will cover an entire body with goose bumps.

For his new style, he experimented and pushed himself as a producer to go out of his comfort zone. The tracks “First Light” and “6” were made during a period when Johnston challenged himself to make 100 beats in 100 days.

“When you’re making a new beat a day, you’re trying to create new ways to have fun with writing music. I experimented with my synth and played around with new sounds on my computer. Both of those songs were a result of discovering new sounds then writing music with that new material,” he said.

The track, “When You’re Here,” was actually created two years ago. Johnston woke up one morning and had an urge to make something new to include in his live set for that night. The song was first exposed on a snowy night at Studio B when Johnston was DJing for a local night showcase with Pacifix and Winslo.

“I woke up that morning and thought ‘okay, I’m going to make a song today that I’m going to play in my set tonight’ and that was the only goal,” Johnston said. “I made the song in about an hour. It was basically a challenge to myself originally intended for that specific night and now it’s being brought back for this EP.”

“Endless,” the last track, was a collaboration written with Garrett Barber (Pacifix). Johnston messed around on his synth and Barber wrote the progression. They then layered everything together.

Johnston is equally confident and eager to have this piece released for anyone to hear. It’s possible to get the pre-release jitters when there are many amazing artists in the scene that will listen to your work. Sure, there may be a lot more pressure and intimidation that any producer or musician faces when expectations are placed on their work. However, after that scary period of the unknown comes the relief.

“This sound is something that I’m happy about. I finally made something that is ambient and melodic driven that I want to continue to make,” Johnston  said. “The release of this EP feels very new and different compared to everything else I’ve put out. It feels really good to say that I feel proud of what I’m making.”

FOR MORE: Listen to Halcyon now on Ceilla’s Soundcloud at soundcloud.com/ceilla.