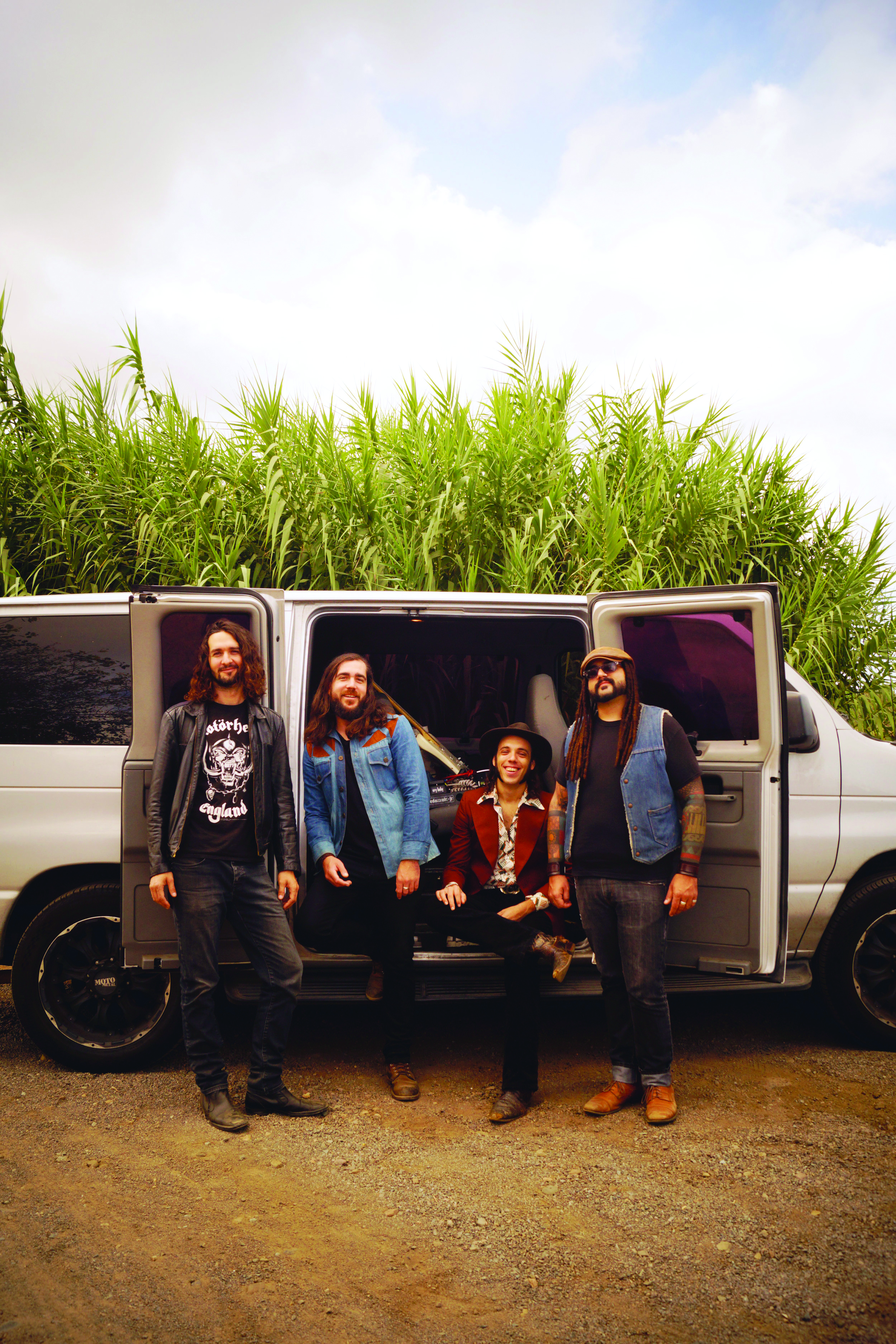 San Diego-based rock and roll quartet Mrs. Henry is coming to Bellingham March 29 as part of their West Coast tour. The tour follows Mrs. Henry’s two recent live records, Live At The Casbah and their cover album, Mrs. Henry Presents THE LAST WALTZ, a bold and unique homage to the 1978 live record by The Band.

Mrs. Henry’s rendition of The Last Waltz maintains a masterful balance of adding their own take without losing the essence of the original record. A large piece of that essence is the live collaboration with other artists. Just as The Band featured a large lineup of artists including the likes of Bob Dylan, Muddy Waters and Neil Young, Mrs. Henry recruited an array of San Diego artists to join them on stage. The result is an incredibly full sound with all of the rawness and soul of live performance.

“Both albums are recorded in our hometown of San Diego and both showcase two radically different sides of the band,” Mrs. Henry’s singer and guitarist Daniel Cervantes said. “This band has always had more music than we can give in a single given night, let alone on a single record. We can play till the cows come home and still have more songs to spare!”

Mrs. Henry was founded by Cervantes in 2012, but solidified the current lineup in 2015 after two prior iterations of the band. Cervantes (who also plays in the legendary Howlin Rain) is accompanied by singer and keyboardist Jody Bagley, singer and bassist Blake Dean, and drummer Chad Lee, who will be joining the vocal ranks for the first time on this tour.

Cervantes had nothing but sincere praise to share about the bandmates. He described Bagley as having “a voice of an angel” and being “a jaw-dropping vocalist,” noting that he sang for the Queen of England while touring internationally at a young age. Cervantes first saw Dean play in another band during the early days of Mrs. Henry, and said that he was blown away by his bass capabilities. Lee, he continued, played in a previous project with him and said that “he hits with an attack and feel that fills the room.”

“I like to think that when the four members of Mrs. Henry hit the downbeat, we create one of fastest, biggest downbeats around. Everyone lands just where they need to land,” Cervantes said.

The natural chemistry and flow of the quartet is evident in every song they’ve produced, but particularly so with the new live albums. With their already-established bluesy jam rock sound, the tribute to The Band makes perfect sense.

“The Bellingham audience should expect a truly unique show featuring an opening set of original music from Mrs. Henry followed by an hour-thirty to two-hour performance of songs from The Band’s catalog,” Cervantes said. “We are digging deep, being a huge fan of the group we are excited to have a platform to perform songs outside of The Last Waltz concert and into The Band’s amazing catalog and history of live performances.”

In addition to the West Coast tour, Mrs. Henry is releasing another record Live At The Pourhouse in spring of this year. Cervantes said they have a new track in the works that chronicles their recent journey to Brooklyn, NY, which he said sounds like a 48-hour whirlwind experience in New York City, captured in a song. Evidently, the group is far from running out of steam.

“It’s a powerful thing to bring people of all different walks of earth together under one roof,” Cervantes said. “We aim to keep doing it again and again and rock and roll is the way we know how to do it. We grew up with the notion that rock and roll was dead. Rock and roll is not dead! It is more alive than it has ever been, you just have to search for it. Rock and roll is for those who want it. We exist for the searchers, for the kids and adults like us who dream of a band doing what we are doing. We hope to inspire, to influence and create purpose because that’s what the band does for us.”

The March 29 performance at The Shakedown will undoubtedly be a rare experience. For tickets, visit shakedownbellingham.com. Check out Mrs. Henry on all streaming platforms, and for more information and updates on the band, find them on Facebook or Instagram @mrshenryrocks, or visit their website mrshenry.com.