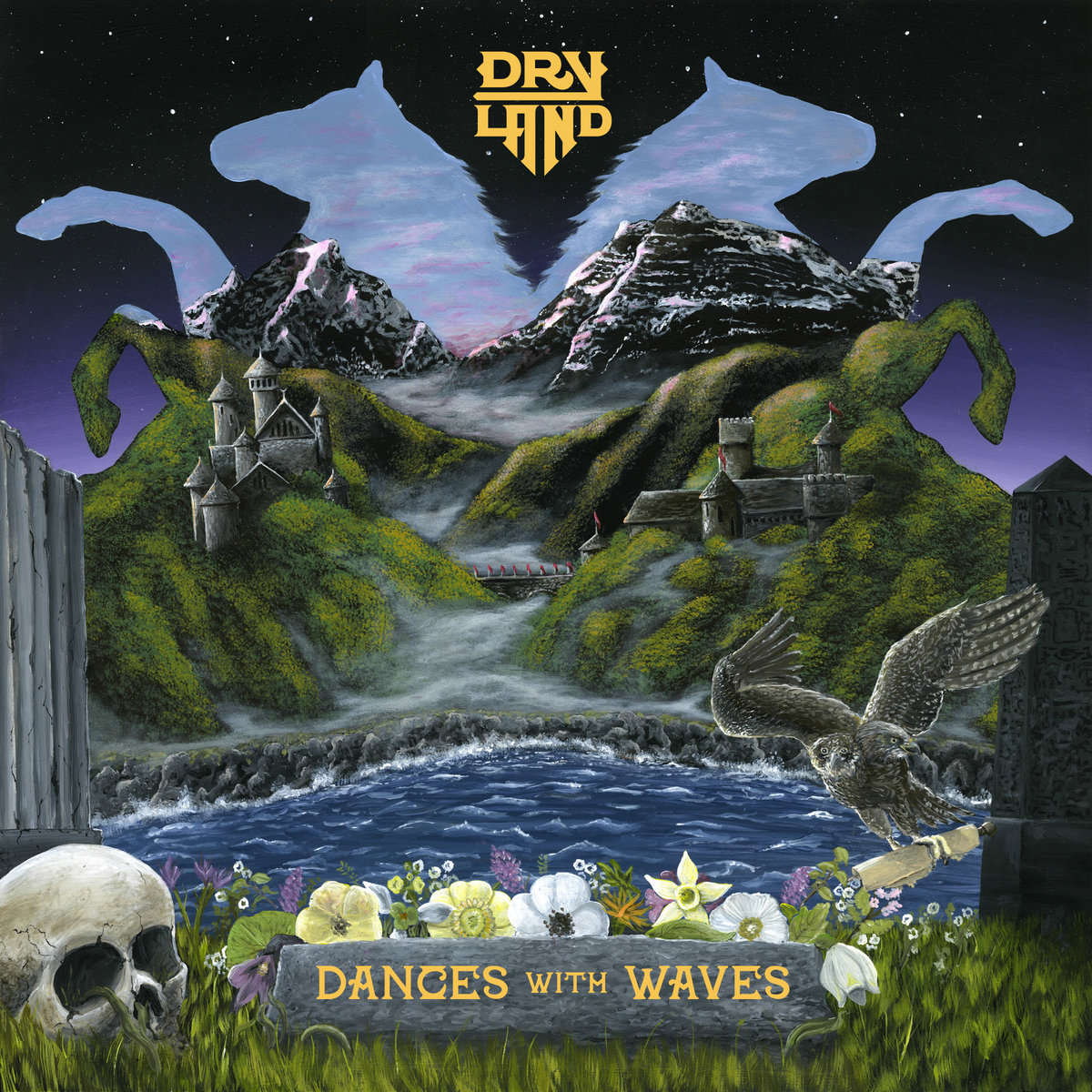 After three years of waiting, Dryland have released their highly anticipated sophomore album – it’s the band’s first EP and follow up to their self-titled debut. Bellingham’s most ferocious metal band, has returned to the scene with ; an album twice as brutal as their last.
Whereas their previous recordings had riffs and chord progressions that sounded too similar to each other and almost mimicked iconic stoner-metal songs, their new tunes are clearly distinct from one another and foreshadow a more original approach.
The lyricism and themes deal with excepting that there is no life after death and the journey people take to look for false promises of an eternal afterlife. Similar theories can be heard in the opening track, “No Celestial Hope.” lyrics like “You are the harvest in the unplowed ground. You are the underwater bell untold. A decaying monument to an unheard sound.”
Vocalist, Bradley Lockhart, refers to the concept that human carcasses buried in the ground are fertilizer for the earth and simply decay rather than ascend into the heavens.
This song opens with a killer stoner rock riff similar to Fu-Manchu and makes for a perfect tune for speeding on the highway.
“Exalted Mystics,” starts off with a Melvins-esque bass solo from Hollie Huthman, who supplies the song with ample amounts of doom right of the bat.
Lockhart enters with vocals that add elements of new-wave-punk and alternative-metal. His brooding vocal tone is comparable to one of Henry Rollins’ spoken word poems with inspiration from C.S Lewis. The last line of the song quotes Lewis’, “There are no ordinary mortals.”
The doubled tracked vocals during the chorus are powerful yet eerie This section solidifies his screams are a force not to be reckoned with and its dark feeling enhances the themes of searching for something that doesn’t exist.
Guitarist, Ryan Clapper, creates an unholy atmosphere by bending notes over Lockhart’s vocals. This part crescendos into the riff’s same melody but with bigger and heavier chords that make for one of the darkest moments of the album.
The next song, “The Sound A Sword Adores,” begins with a totally different direction than the band’s previous work. The opening riff is reminiscent of groups like Van Halen, Scorpions or UFO, with guitarist, Ryan Greer creating a shrieking solo sound.
However, the band quickly returns to their sludgy roots and sends the listener into overdrive with what is easily the best riff on the album.
During the bridge, Clapper once again, generates a satanic energy while playing progressive guitar licks, similar to Gojira’s Christian Andreu, which leads into a nasty sounding bass drop.
The following breakdown section sounds directly inspired by the main riff in “Spirit Crusher,” from death-metal founders, Death.
The EP concludes with the seven-minute epic, “Between the Testaments,” which lands in the same class as Mastodon’s “Hearts Alive,” The Sword’s “The White Sea” and other formidable album closers.
Noah Burns, most notably of Wild Thrown fame, lent a hand on drums for the recording. His performance throughout the album is astonishing but his work explicitly stands out during the slower sections of this song, because of how well he transitions into the faster Red Fang like ending.
Dryland has certainly outdone themselves with this newest addition to their discography and are on course to reaching a wider metal audience both in and out of Washington, after getting recognition from KISW’s Metal Shop and NW Heavy.
Find it on Bandcamp, Spotify or purchase some vinyl from the band’s website.